Micropropagation is a commonly used method to conserve valuable plants of economic and commercial interest. Plant growth regulators like auxins and cytokinins are used at varying concentrations and combinations for successful initiation, multiplication, growth and rooting of explants in culture medium. However, growth of plants in in vitro conditions suffer due to the presence of inhibitors such as ethylene and auxin transporters. When an explant is inoculated in culture medium, ethylene is produced from cut edges and is responsible for shoot tip necrosis or it stops the growth of an in vitro raised plant. Similarly, the rate of in vivo auxin production in an explant at its peak is also the reason for shunted growth of plants in an in vitro condition. Findings of this paper reports a novel in vitro propagation protocol using quercetin and silver nitrate as inhibitors of auxin transport and ethylene action in the culture medium. Both, quercetin and silver nitrate significantly favoured shoot induction when used in combination with cytokinins in medium. The rate of shoot multiplication was found to be much more than use of cytokinin alone in culture medium. Moreover, the use of auxin at lower concentration in quarter strength culture medium is the first report for in vitro rooting to the shootlet of C. carandas as per our knowledge. Maximum plants survived by using simple hardening protocol. The strategies employed for organogenesis in this study could be useful for in vitro propagation of valuable and commercially elite plants. 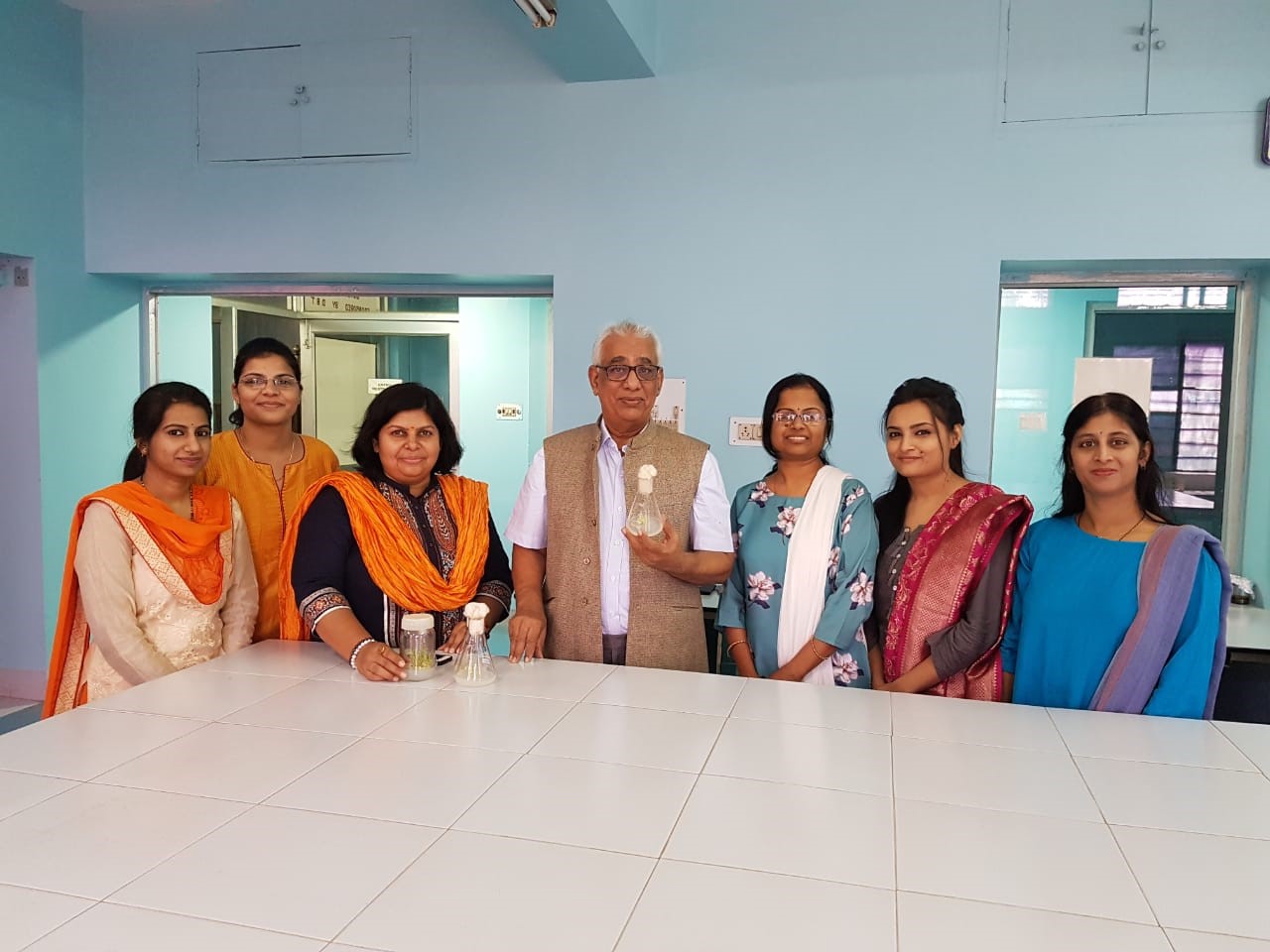 Mollugo nudicaulis is commonly known as John’s folly or naked-stem carpetweed, is an ephemeral species of tropical regions, it exhibit characteristics intermediate between C3 and C4 photosynthesis. The plant is ideal to study the eco-physiological adaptations of C3–C4 intermediate plants. In the present report, in vitro growth profiling of the plant and comparative leaf anatomy under in vitro and ex vitro conditions were studied. In leaf anatomy, differences related to photosynthetic tissue organization were observed when comparing  in vitro and ex vitro plants, which indicated that changes in the environment affected the anatomy of subsequent leaves in plants. This is the first report of an efficient micropropagation protocol for M. nudicaulis using an indirect organogenesis method. This tissue culture protocol could be used for year-round availability of the plant, as well as allowing for comparative analysis of the functional anatomy of the aeroponic- and in vitro-grown plants of other C3 and C4 species.