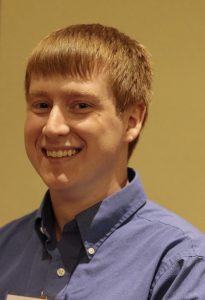 The medicinal plant Artemisia annua is a promising option for the treatment of malaria worldwide.  A. annua produces the antimalarial drug artemisinin (AN) whose derivatives make up the major component of artemisinin combination therapies, the frontline global treatment for malaria.  Previously we showed that AN delivered as powdered dried leaves of A. annua (DLA) is about 40 fold more bioavailable in mice when compared to pure AN.  AN delivered as DLA is also about 4 times more soluble in intestinal fluid and 37% more permeable to the intestinal membrane than pure AN.  Here, using an in vivo rat system I performed absorption, distribution, metabolism, and excretion (ADME) studies. Groups of rats were orally dosed with either pure AN or a slurry of DLA and one hour after dosing, rats were euthanized, tissues harvested, and analyzed for AN content. A second group of rats were given AN or DLA and had blood, urine, and excrement samples taken over 8 hours before euthanasia and organ harvesting. Blood, urine, excrement, and organs were then analyzed for AN content. AN delivered as DLA was distributed in significantly higher quantities, up to 6 fold greater than from pure AN in the serum, heart, muscle, and spleen. Here, I also investigated the ability of DLA extracts and pure phytochemicals found in DLA for their ability to inhibit the cytochrome P450 isoforms responsible for AN metabolism in the liver. These experiments are still underway however there is strong evidence in the literature to suggest several phytochemicals produced in DLA will inhibit the activity of these enzymes (CYP2B6 and CYP3A4) thus partially explaining why AN delivered as DLA reaches systemic circulation so much more readily. Together these studies are helping to explain the complex bioavailability differences observed when AN is delivered via DLA as opposed to pure drug.

The use of the selection marker gene in the plant tissue culture to select the putative transformants reduces the time and effort. After the recovery of transformants, they are no longer needed in the product. Owing to the biosafety and governmental regulations, removal of marker genes is highly desirable. The clustered regularly  interspaced  short palindromic repeats (CRISPR/Cas9) is a highly efficient and  a cost effective gene editing tool that acts through double stranded break repair process leading to a targeted mutagenesis in the genome. We targeted β-glucuronidase (GUS) gene deletion by dual targeting. The CRISPR construct involved two different guide RNAs (gRNA1 and gRNA2) at two different target sites in the GUS gene. The aim of this study was to evaluate the efficiency of two gRNAs in generating mutations by studying six T0 lines and twenty one T1 lines obtained from three T0 lines.  In the T0 lines, no targeting was observed in gRNA spacer-1, while gRNA spacer-2 was mutated either in biallelic or multi- mutations fashion in the five lines.  In T1 lines, the overall mutation efficiency for gRNA spacer-1 was 38% and for gRNA spacer-2 was 81%. The mutations observed in gRNA spacer-1 were most likely de novo as Cas9 was inherited in all the T1 studied and their respective T0 were not targeted, while the mutations in gRNA spacer-2 were likely both inherited and de novo as the pattern of mutations were either similar or different than parent. For gRNA spacer-1, 24% T1 plants were monoalleleic, 14% had multiple mutations and 62% had no mutation. For spacer-2, 48% T1 lines were mono-allelic, 9% were either biallelic or multiple mutations and 43% had no mutation. Combining both gRNAs, single base insertions at the target site was most common mutation observed followed by deletion and substitution. Despite the difference in the efficiency of two gRNAs, we were able to isolate the homozygous excision lines which demonstrate that Cas9: gRNA system could be used to generate a marker-free plant. 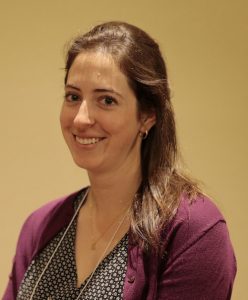 Although plant metabolites are important compounds, especially as pharmaceuticals, they are often a challenge to synthesize chemically at a large scale due to their complexity. Plant cell culture (PCC) is an alternative platform to produce natural products. Compounds can be synthesized using their native biosynthetic pathways without dedicating the time and space required for whole plants, and metabolic engineering techniques can be employed to improve yields. An example is the production of paclitaxel (Taxol®), a potent anticancer agent, in Taxus PCC. Despite industrial success, Taxus PCC is highly limited by heterogeneity across and within cultures, leading to batch-to-batch variation. We aim to generate a more homogeneous culture of paclitaxel-accumulating Taxus cells through eliminating metabolically inferior cells. The mammalian caspase, an apoptosis-inducing protease, has an allosteric binding site, which when bound by a small molecule inhibits activity. By engineering this allosteric site to bind paclitaxel and expressing our engineered caspase in Taxus, we will create a selection system for Taxus PCC. If a cell accumulates paclitaxel, it will bind the allosteric site rendering the caspase inactive; however, if a cell lacks paclitaxel, the active caspase will lead to cell death. Our work to date focuses on (1) identifying which mammalian caspase most efficiently induces plant cell death, (2) engineering the caspase allosteric site to bind paclitaxel, and (3) determining the intracellular location of paclitaxel to appropriately direct the engineered caspase. This poster will highlight methods development and progress in each area, when combined will allow for the selection of paclitaxel-accumulating cells within Taxus PCC and creation of a novel framework to increase metabolite production in PCC. 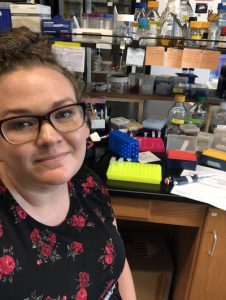 As the world population increases and wild caught fisheries decline, aquaculture offers an important sustainable solution in addressing this global challenge. In fact, aquaculture now provides more than half the world’s food fish. With this rapid rise in production, has come the problem of disease management. Current options are limited, and there is a need for innovative solutions. The cytokine interleukin-22 (IL-22) has emerged as a possible therapeutic target for fish and has been correlated with protection under pathogen challenge. Plant-based production systems have the potential to effectively manufacture and bring unique efficacy-enhancing features to increase the utility and value of recombinant therapeutics. Plant bioproduction offers advantages of low cost for commodity markets like aquaculture, is readily scalable, and is environmentally friendly. This project focuses on producing catfish IL-22 (cfIL-22) as a classic warm-water model. Recombinant cfIL-22 was expressed using the Agro-mediated transient tobacco production system and purified for establishing the functional activity of this potential therapeutant to trigger the fish’s immune system. As IL-22 is known to induce production of natural antimicrobials and tissue repair proteins in mammals, it may provide an alternative to antibiotics or a disease preventative at critical stages in aquaculture production. To confirm analogous activity of cfIL-22, in vitro bioassays  using a channel catfish ovary cultured cell line were established that confirmed cfIL-22’s ability to increase both cell proliferation and gene expression of select antimicrobial peptide and tissue repair markers. In addition ongoing efforts to produce and test the activity of this recombinant protein on primary gill cells will be presented.