The SIVB student poster presentation competition was held during the 2018 annual meeting in St. Louis, MO. This competition was the 3rd year in a row and last that Martina organized for the student SIVB section, next year Abbas and Cristofer will host this competition. This year was very exciting to finally have all poster presenters included to participate and be reviewed and scored by judges as they presented their work. We had 25 judges, with diverse backgrounds, working together to identify the top three presentations based on a range of scoring criteria. Judges worked extra hard to score all 43 posters, seven animal-based research, and the reminder plant-based research. Every year we are excited to have a few more judges help, and we always need extra plant-based judge volunteers. After a very close call with perfect scores in 3 posters, and some unbiased volunteer help to break the ties, winners were picked based on comments from the judges. The winners of this year’s poster competition were: Cristofer Calvo with first prize, Neha Verma with the 2nd prize and Tristen Wright with the 3rd prize. All three winners are from Arkansas Bioscience Institute at Arkansas State University, Jonesboro AR. Awards were presented at the SIVB Business Meeting, and most of the written feedback by the judges was given to the students. 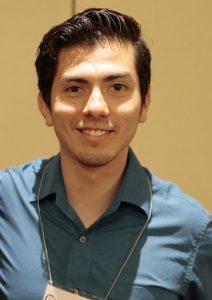 Plant-based recombinant protein production is emerging as a promising approach with significant advantages in cost and safety over other eukaryotic and prokaryotic expression systems. One of the leading plant-based platforms for recombinant protein production is a transient Agrobacteria-mediated expression system in Nicotiana benthamiana. Despite the advantages of plant recombinant proteins, the most important bottleneck that limits the commercialization is the low protein yields. Plants have a unique type of O-glycosylation that has potential to enhance the stability and solubility of recombinant proteins expressed using plant platforms. Specifically target gene sequences are fused with a sequence to code for hydroxyproline-O-glycosylated peptide (HypGP) tags. These tags serve to modify the recombinant expressed protein with protective sugars to improve physicochemical stability during purification as well as employment and delivery of the recombinant protein. Therefore, the overall goal of this project is to understand how these HypGP tags affect protein expression, purification and bioactivity using tobacco transient expression system as a biofactory. We have targeted the expression of two model proteins to characterize this HypGP technology: a very unstable rainbow trout interleukin 22 (IL-22) and a readily-monitored enhanced GFP (eGFP). The “sugar coated” IL-22 expression is significantly enhanced over the untagged protein and can be successfully purified. Data showing bioactivity of HypGP-tagged IL-22 to confirm this tag does not interfere with the function of this cytokine will be presented. To understand the underlying mechanism of HypGP modification process of recombinant expressed proteins, we explored the impact of plant stressors such as drought for increasing expression and recovery of sugar coated eGFP in an effort to optimize the Hyp-O-glycosylation technology for the production of recombinant proteins on plant production platforms. 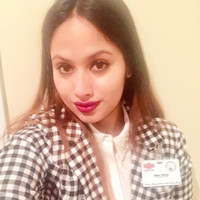 Switchgrass (Panicum virgatum) is perennial C4 grass that has been most extensively studied as dedicated bioenergy crops. However, efficient conversion of switchgrass biomass to biofuels has been hampered by biomass recalcitrance. Genetic modification of the plant cell wall represents a promising solution to overcoming this problem. The goal of this project is to leverage an innovative strategy, hydroxyproline (Hyp)-O-glycosylation “code”, for de novo design and engineering in switchgrass of novel designer biopolymers (DBPs) to facilitate cell wall reconstruction. The engineered DBPs presumably work in the following ways: 1) intercalate among cell wall biopolymers to create soluble channels in the cell wall matrix; 2) function as a molecular carrier for in planta-expressed cell wall-depolymerizing enzymes to facilitate their deposition and stabilization in the cell wall matrix. The DBPs are derived from the Hyp-O-glycosylated plant cell wall glycoproteins whose glycosylation code and application in DBPs engineering were originally established in dicot plants-tobacco and Arabidopsis. The objective of this study was to determine how DBP peptide backbones would be Hyp-O-glycosylated in monocot plants, including switchgrass and rice whose cell wall composition and structure are different from dicot plants; and how effectively the engineered DBPs function to reconstruct the cell wall structure of switchgrass. DBPs comprised of two major types of cell wall glycoproteins: an extensin module consisting of 18 tandem repeats of “Ser-Hyp-Hyp-Hyp-Hyp” motif or (SP4)18, and an arabinogalactan protein module consisting of 32 tandem repeats of “Ser-Hyp” motif or (SP)32, was each expressed in switchgrass and rice as fusion to a green fluorescence protein via both transient and stable transformation. The Hyp-O-glycosylation and subcellular localization of the engineered DBPs were characterized. The phenotype of transgenic switchgrass and biomass saccharification will be determined in the future. 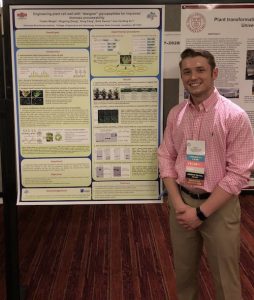 Engineering the plant cell wall with thermostable cell wall depolymerizing (CWD) enzymes represents a promising solution to reduce the overall cost of plant biomass processing for the production of biofuels and/or other biobased products. However, many in planta-expressed CWD enzymes targeted for secretion were mainly retained inside the cytoplasm membrane instead of being secreted into the cell wall matrix. This project aims to leverage an innovative strategy unique to plants − hydroxyproline (Hyp)-O-glycosylation − for de novo design and engineering of novel Hyp-O-glycosylated peptides (HypGPs) that can function as a molecular carrier for the heterologous CWD enzymes expressed in planta to maximize their functions in tailoring cell wall composition and architecture. Different designs of HypGP tags, including an extensin-based (SP4)18 module and some arabinogalactan proteins (AGP)-based (SP)32, (AP)20 and (TP)20 modules, were engineered into tobacco plants as fusion with a reporter protein (GFP) to characterize the Hyp-O-glycosylation and molecular carrier function of the designer HypGP modules, and to assess the phenotypic change of the transgenic plants. While the (SP4)18 module was constitutively Hyp-O-glycosylated but with a rate-limiting glycosylation process, none of the engineered AGP-based modules were Hyp-O-glycosylated. A novel O-glycosylation signal peptide tag facilitating the full glycosylation of the designer modules was finally identified. To establish a proof of concept of the HypGP engineering utilized for cell wall reconstruction, a thermostable CWD enzyme, E1 endoglucanase from Acidothermus cellulolyticus was engineered into tobacco plants with/without a HypGP tag. The engineered HypGP tag improved the enzyme accumulation in planta and increased the biomass saccharification efficiency by 3.2-fold (compared with the wild type plant) without significantly affecting the biomass accumulation yields. 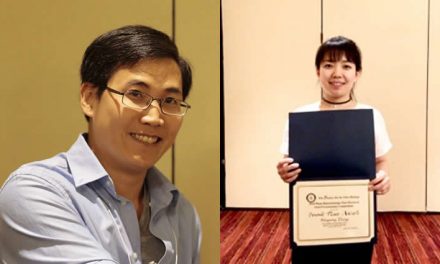 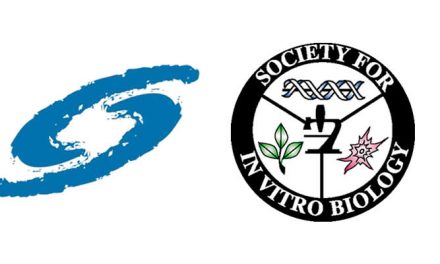 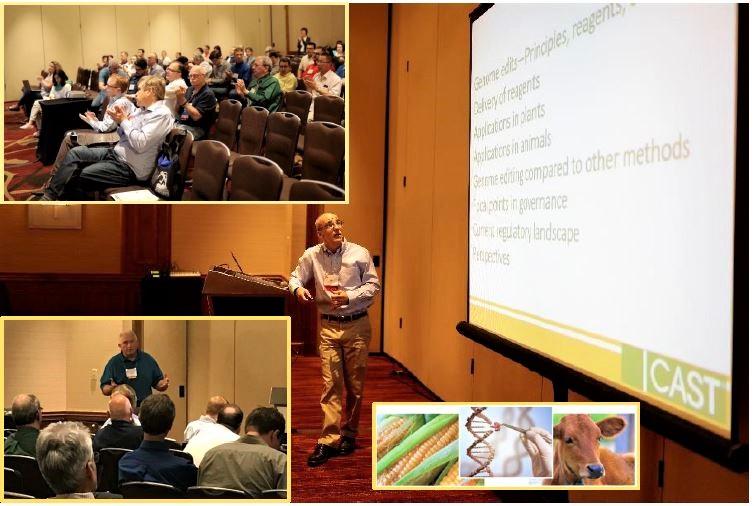