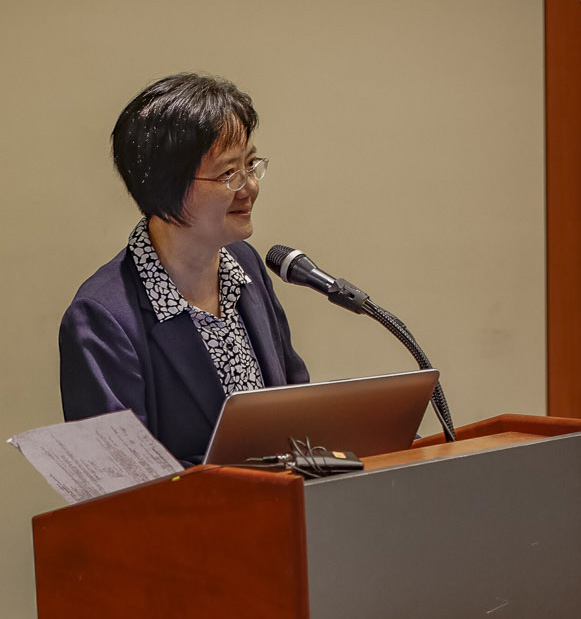 The Fellow Award recognizes current members of the SIVB who have been active members for at least 10 years. A Fellow has made outstanding contributions in their area of specialization or discipline to include research, teaching, and administration in public, government, academic, or private industry activities. The Society for In Vitro Biology honored Drs. Miho Furue and Kan Wang with the 2017 Fellow Award at the 2017 In Vitro Biology Meeting in Raleigh, NC. This issue highlights Dr. Kan Wang’s career. Dr. Miho Furue’s career was highlighted in the past issue of the In Vitro Report 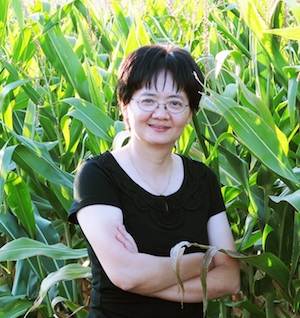 Professor Kan Wang graduated with her BS in Biochemistry from Fudan University in Shanghai, China. She was sponsored first by the Chinese government then by the Rockefeller Foundation to conduct her graduate research under the supervision of Drs. Marc Van Montagu (2013 World Food Prize Laureate) and late Jeff Schell in Ghent University, Ghent, Belgium, the first group that discovered and engineered Agrobacterium tumefaciens for plant genetic transformation. Her PhD study and postdoctoral research were focused on the molecular mechanisms of the T‐DNA transfer from Agrobacterium tumefaciens to plant cells. She is regarded as one of the pioneers in understanding the mechanism of DNA transfer from Agrobacterium to plants (Wang et al., Cell, 1984; Science 1987), a fundamental knowledge that became the corner stone for plant genetic transformation. Dr. Wang then spent 7 years at ICI seeds (now Syngenta) as a project leader in genetic transformation of corn and soybean.

Dr. Wang joined Iowa State University Agronomy Department in December of 1995 as the director of the newly established Plant Transformation Facility (PTF). She was then promoted to a tenured associate professor in 2002, and soon afterwards was appointed as the Director of the Center for Plant Transformation (CPT) in the Plant Sciences Institute in 2003. She was further promoted to full professor in 2006, and Global Professor of Biotechnology in 2015.

Her major contributions to the global plant science community and SIVB are the establishment of a nationally and internationally recognized public infrastructure for genetic transformation of crops (corn, soybean, and rice) and her research program for exploring novel transformation technology and improving crops for agronomic value through genetic transformation. The Center for Plant Transformation, represented by the PTF, is now an indispensable public infrastructure in the global plant research community. During the past 20 years, PTF has served over 200 research groups representing 125 institutions from 17 countries. In fact, the PTF is recognized as the leading public transformation service for maize, soybean and rice in the world.

Although Dr. Wang’s job duties are primarily those of a service provider, Dr. Wang has nevertheless published a total of 72 peer‐reviewed original articles, 18 book chapters, 4 proceedings, and three books as senior author, co‐author or corresponding author. She also has four granted patents and two pending patent applications. It is no surprise, then, that Dr. Wang is considered as one of leaders in the plant genetic transformation worldwide.

Accordingly, her work has made great contributions to the field of In Vitro Biology. Dr. Wang’s work on nanobiotechnology is 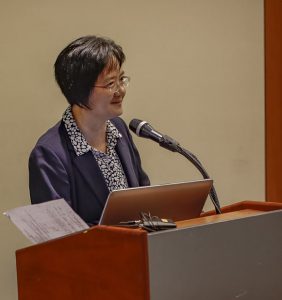 recognized by the plant research community as one of milestones in plant science (http://milestones.aspb.org/). “Agrobacterium Protocols” (ed Kan Wang), a method book with a collection of over one hundred protocols on Agrobacterium‐mediated plant transformation, is considered as a must‐have lab manual for labs engaging in plant genetic transformation. One of Dr. Wang’s patents (Soybean transformation and regeneration using half‐seed explants, US Patent #7,473,822, January 6, 2009) is among the top 15 all‐time revenue generating patents at Iowa State University. She was the winner of 2015 Iowa Women of Innovation Award on Research Innovation and Leadership.

Dr. Wang is a faculty member for four interdepartmental graduate programs at Iowa State University. From 2006‐2009, Dr. Wang served as Director of Graduate Education for an interdepartmental Plant Biology Major. During her tenure, she provided leadership to modernize the Major curriculum, and in the process, changed the name from “Plant Physiology” to “Plant Biology”. Dr. Wang served as Director for a NSF funded Research Experience for Undergraduates (REU) program from 2011 to 2014. She has recruited and co‐mentored 39 undergraduate students from Midwest non‐research colleges and historic black colleges. Over 95% of student interns have entered graduate colleges, professional schools or science‐related professions. Six of them became graduate students of Iowa State University. In the past 20 years, Dr. Wang mentored 15 PhD/MS graduate students and 18 postdoctoral fellows, served on 23 graduate students committees, supervised 31 scientific and professional staff, and trained 14 undergraduate student interns and 18 international visiting scholars.

Dr. Wang has been active in the university community, research community and with professional societies. She co‐chaired a university strategic planning subcommittee in 2016, chaired the faculty senate research planning and policy committee from 2010‐2013, and served on various university councils and facility committees. She currently serves on the editorial board for five international journals. Most importantly, Dr. Wang has been an active member for SIVB, serving as program co‐chair/chair, and committee chair in the past years. She also contributed to the Journal In Vitro Cellular and Developmental Biology‐Plant as manuscript author and reviewer. In addition, Dr. Wang talked in Iowa Public Radio Talk of Iowa on GMO crops, served as faculty expert in World Food Prize Youth Institute, and coached a high school science team for national competition. The team she mentored won the 2014 national championship for a project entitled “Using UAS‐Based Precision Ag to Combat European Corn Borer”.

Dr. Wang’s service activities with the Iowa Plant Transformation Facility (PTF) should also be acknowledged. Under Dr. Wang’s supervision, the PTF has been the largest and most accessible plant transformation facility available for public research, as well as an innovation hub for plant transformation. This is particularly true for corn and soybean transformation, which very few other places have mastered.  The PTF is at the center of an extensive network of collaborations that enables corn and soybean genomics research. Without the PTF, the bulk of the current functional genomics research in the USA would simply not be possible. Hence, it is difficult to imagine greater contributions to the research community than delivering transgenics for functional genomics. 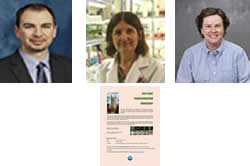 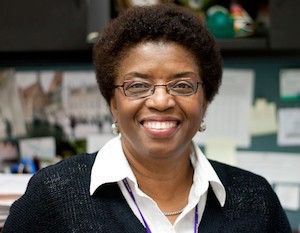 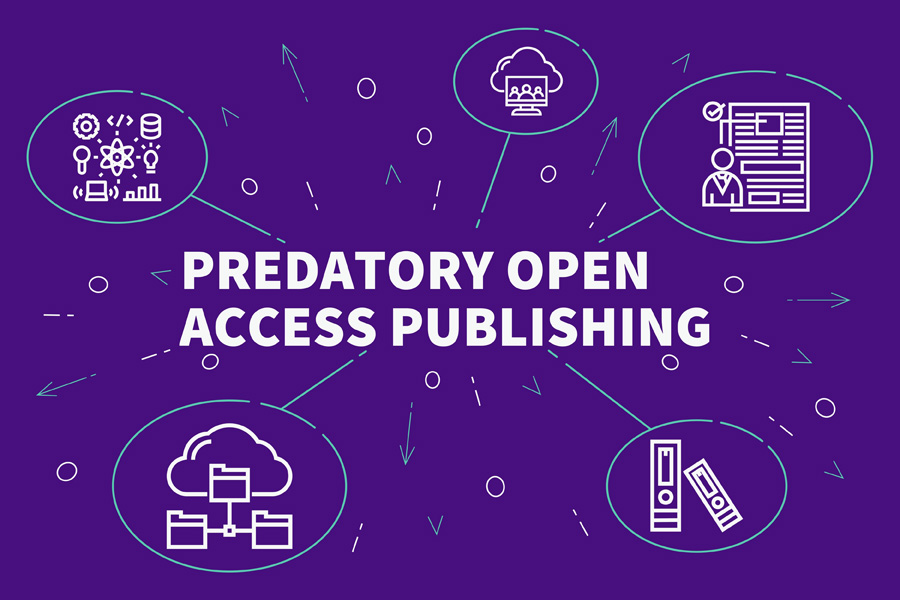