How to Avoid Charges of Plagiarism 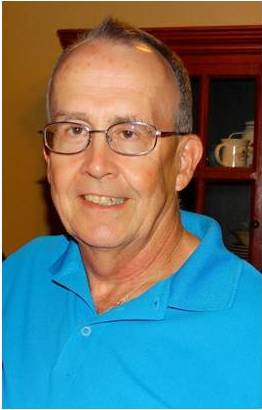 Often I send authors letters that begin “…I am recommending that your submission should not be considered for publication in IVCDB-Plant.  The journal has started using originality checking software and your submission seems to contain large passages that are very similar to already published papers, some of which were not referenced…”  This is a polite way of saying the authors have compromised the integrity of their manuscript by plagiarizing works of others.  Of the manuscripts received by SIVB for IVCDB-Plant in 2015 and 2016 between 33% and 45% were rejected for plagiarism.

The Oxford English dictionary defines plagiarism as “the practice of taking someone else’s work or ideas and passing them off as one’s own.”  More forcefully, as quoted by Juyal et al. (2015), “…the Office of Research Integrity USA defines plagiarism as being ‘theft or misappropriation of intellectual property and the substantial unattributed textual copying of another’s work’…” Plagiarism comes in two broad flavors, one being the inappropriate use of others’ work and the second being the inappropriate use of one’s own work, often referred to as self-plagiarism (iThenticate, 2011).  Both flavors are fraudulent behavior in that authors are either claiming work they did not do or they are infringing on the copyrights of other authors, organizations or publishers.  The consequences of plagiarism can be devastating to a career.  Besides having a manuscript rejected for unethical behavior, if the act is repeated, an author may be barred from future publishing in a journal and reprimanded or discharged from the organization for which he or she works.

The typical plagiarism I have encountered is very easy to avoid.  The simplest guidance for not plagiarizing is to never copy and paste from any paper into your own manuscript, not even if it is from one of your own earlier publications.  Furthermore, unless a fact is very well known, for instance, the sky is blue; always give a citation for all information and ideas presented in your manuscript.  It is better to over cite in a manuscript than to have the reader think someone else’s ideas, words, or data are yours.

There are exceptions; in some instances it makes a more impactful statement to refer to the exact words used by another author.  Typically this should be infrequently done, it should only use small sections of text, and it should be properly written as a quotation (see Plagiarism.org for quotation rules).

There may be instances when an author wants to use their own or someone else’s already published data or pictures in another publication, for instance in a book chapter.  In these cases, the author must first obtain permission from the copyright holder of the original publication.  The author then must include in the new publication, along with the data or pictures, the reference from which the material was taken and a clear statement that the materials are reproduced with permission of the copyright holder.

There are also cases where authors use the same techniques throughout their research and too often they copy a procedure from one paper to the next paper they write.  This is probably the most common form of self-plagiarism and can be avoided by simply stating that the assay was performed as referenced and then describe only new modifications to the protocol.  A procedure does not have to be rewritten if there is a good reference for it.

Plagiarizing someone else’s work does not benefit an author and with more sophisticated software it is becoming much easier to detect when someone does plagiarize.  It is even becoming common place for a journal to reach back many years and retract published papers where plagiarism has been detected.  Perhaps with greater author awareness of plagiarism I will reject many fewer manuscripts in 2017.