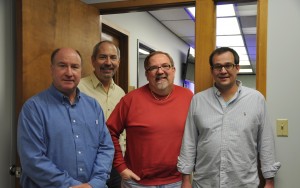 Cytokinins have been used in plant tissue culture research and micropropagation for more than 50 years.  However, much of the literature detailing the use of adenine-based cytokinins was contradictory as to whether or not they were heat labile or not.  Our experience with one of the more widely used adenine-based cytokinins in BA (6-Benzylaminopurine) was that it was autoclavable, as we had autoclaved it with media for more than 15 years in our Quality Control laboratory seeing the growth promotion effect all the while. Yet, we were not sure if two of the more high value cytokinins in trans-Zeatin (tZ) and 6-(g,g-Dimethylallylamino)purine (2iP) were heat labile or not.  Much of the recent plant tissue culture literature had stated they were in fact heat labile.  Due to the high cost of these cytokinins, we proceeded cautiously first evaluating the storage of tZ dissolved in aqueous solution at a few different storage temperatures.

Initially we used ATR-FTIR (Attenuated Total Reflectance-Fourier Transform Infrared) spectroscopy to examine if any functional groups were changing with time at different temperatures. Unfortunately, the tZ concentrations that were needed to provide enough signal in ATR-FTIR were well above what is typically used in most stock solutions (15 mg/mL) and these high concentrations of tZ required significantly more KOH (potassium hydroxide) to fully dissolve (0.5N KOH).  We didn’t realize it at the time, but 0.5N KOH can significantly degrade adenine-based cytokinins relatively quickly (in as little as 3 weeks).  Therefore we used HPLC (High Pressure Liquid Chromatography) with ESI-MS (Electrospray Ionization Mass Spectrometry) and looked at a more typical tZ stock solution concentration (1.0 mg/mL) over time at various storage temperatures.

After validating the peaks coming off of the HPLC as native cytokinin or degradant (mostly adenine) with ESI-MS, we proceeded to find that tZ, 2iP, BA, kinetin, and meta-Topolin were remarkably stable in moderately concentrated KOH solutions (0.01-0.05N KOH) for 3 months.  We then autoclaved the stock solutions of these cytokinins and found statistically no change when compared to a non-autoclaved solution.  We were also able to detect tZ through HPLC in Murashige & Skoog basal salt medium at 10 mg/L, and upon autoclaving also saw no statistical change in concentration.  Though this work illustrates the stability of these cytokinins, but it should also be noted that higher concentrations of KOH can degrade these compounds.  The concentration of KOH used to dissolve these cytokinins should be noted in tissue culture protocols to aid in reproducibility. 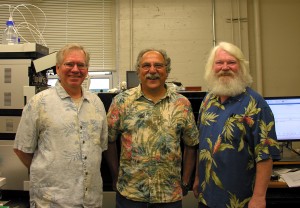 The liver’s main constituent cell, the hepatocyte, is perhaps the best studied cell in the body.  This reflects the fact that the liver is centrally important to the body’s physiology, metabolism, and homeostasis.  Hepatocytes synthesize and secrete bile constituents, cholesterol, phospholipids, lipoproteins, serum-proteins and clotting factors, and they also store iron, vitamins and trace elements.  Hepatocytes synthesize fatty acids, triacylglycerol, and glycogen, and they maintain blood glucose levels via glycogenesis and glycogenolysis.  The liver’s hepatocytes are responsible for the conversion of toxic ammonia into urea for excretion, and they also detoxify, metabolize, and facilitate the excretion of the many xenobiotics ingested in food or from drugs.

This long list of processes and products makes clear the importance of understanding the hepatocyte’s cell and molecular biology for biomedical and veterinary purposes.  To this end, in vitro models of hepatocytes that maintain the in vivo form and function have been pursued for several decades. Unfortunately, hepatocytes are inherently difficult to maintain in culture, much less propagate, while also retaining their normal morphology, cell-to-cell connections, and, most importantly, their many synthetic and metabolic functions.  Successful methods for the long-term maintenance of primary cultures of rodent and human hepatocytes have been developed, i.e., cultures that display very limited, if any, cell division and which are not propagated or “passaged”.   However, in vitro models of replicating hepatocytes have only been established from liver cancer tissue or from oncogene transformed hepatocytes.  These in vitro hepatocyte models always deviate from the normal phenotype of non-transformed, non-immortal, hepatocytes in various ways.  Thus, reports of replicating, normal hepatocyte cell lines, i.e, non-transformed or non-hepatocarcinoma-derived, are very rare, and, therefore, such in vitro models, from any species, are of great value to the liver research community.

We established and characterized two bovine fetal liver cell lines derived from the liver of a normal, early bovine fetus.  The bovine fetal hepatocytes were cultured on STO feeder layers for 2-3 wks as primary colonies of hepatocytes. Individual hepatocyte colonies were colony-cloned into independent bovine fetal liver (BFL) cell lines.  Two cell lines, BFL-6 and BFL-9, grew the best of several isolates, and they were further characterized for growth potential and for hepatocyte morphology and function.  The two cell lines were found to grow markedly better in the presence of the TGF-beta inhibitor, SB431542.  Their continuous culture also depended on a particular medium height – for T12.5 flasks, 3 ml total medium produced optimum growth.  The cell lines were propagated for over a year until reaching their senescent endpoint after about 30 passages.  The bovine hepatocyte cells showed normal and typical in vivo-like cell morphology and physiological responses.  The cells secreted a spectrum of serum proteins, were positive for the expression of several hepatocyte-specific genes and converted ammonia to urea.  The BFL cell lines provide an in vitro model of fetal bovine hepatocytes for biomedical and veterinary liver research, and demonstrate for the first time a method for establishing normal cell lines of the bovine liver.

Expression of human cell cycle regulators in the primary cell line of the African savannah elephant (loxodonto africana) increases proliferation until senescence, but does not induce immortalization

Our research group is working on cellular immortalization among multiple animal species.  Our research group and co-workers previously showed that the expression of mutant Cyclin dependent kinase 4 (CDK4), and Cyclin D, and enzymatic subunit of telomerase (TERT) allows us to establish immortalized cells from various types of animals, including human (Shiomi, et al. 2011), monkey (Kuroda, et al. 2015), bovine, and swine (Donai, et al. 2014; Kuroda, et al. 2015).  Furthermore, we showed that the immortalized cells keep their original nature and karyotype.  From the name of the introduced genes, the immortalized cells are named “K4DT (Mutant CDK4-Cyclin D-Tert)” cell.  However, in a recent study, we showed that the expression of the K4DT combination can extend the cell proliferation of African savannah elephant (loxodonta africana) until cellular senescence, but does not induce cellular immortalization (Fukuda, et al. 2015).  A recent comparison study between the elephant and human genome reported that the number of p53 related genes are amplified through the evolution process of the elephant.  Our immortalization process with the K4DT system can bypass the cellular senescence due to the accumulation of p16 protein and following cell cycle arrest with Retinoblastoma (Rb) protein, but is not effective with cell cycle arrest, which is mainly controlled by p53.  Our study showed the species differences of cell cycle control among the multiple mammalian species.