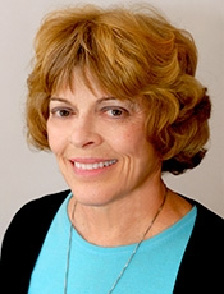 Dr. Gertrude Case Buehring, Professor of Virology, and former Associate Dean of Academic Affairs, School of Public Health, University of California, and Berkeley, CA. was recipient of the Society for In Vitro Biology 2015 Lifetime Achievement Award.  This award recognized Dr. Buehring’s innovative and pioneering cancer research culminating in the development of normal human breast epithelial short-term cell lines and the identification and detection of viral biomarkers in normal and pre-malignant breast tissue that might be predictive of breast cancer.

Dr. Buehring is a recognized national and international expert on the role of viruses in human breast cancer.  During the 1970s Dr. Buehring discovered that mammary epithelial cells shed into breast fluids were alive and could be grown in culture.  This seminal work served as an expanded resource to study the relationship of hormones and viruses to breast cancer and led to two significant discoveries: 1) in vitro evidence for the growth stimulation of breast epithelial cells by progesterone and progesterone-containing oral contraceptives; and 2) the presence of bovine leukemia virus (BLV), which is widespread in cattle, in human breast tissue, breast fluid cells and its association with breast cancer.

An international in vitro and molecular biologist, Dr. Buehring holds a doctoral degree in Genetics, University of California, Berkeley, undergraduate degree in Biology from Stanford University, and Clinical Laboratory Scientist training from Doctors Hospital, Modesto, CA.  She completed an NIH postdoctoral fellowship at the former Naval Biosciences Cell Culture Laboratory, Oakland, CA.  As a post-doctoral fellow at the Naval Biomedical Cell Culture Laboratory, under the mentorship of Dr. Walter Nelson-Rees (2004 Lifetime Achievement Awardee), her interest in the problem of cell line contamination was kindled.  In addition to her pioneering cancer research, she has been recognized as an outspoken authority on the persistent problem of cell line contamination in the research and pharmaceutical industries.

Dr Buehring’s scientific and major contributions include >200 peer-reviewed original research articles, reviews, chapters, and abstracts, and invited media and platform presentations.  Most of these related to breast cancer and her pioneering investigations of bovine leukemia virus as a causative agent of human breast cancer (Buehring, et al. Bovine Leukenia Virus DNA in Human Breast Tissue.  Emerging Infectious Diseases, Vol 20:5, May 2014; Exposure to Bovine Leukemia Virus is Associated with Breast Cancer: A Case-Control Study, PLoS ONE, In Press).  Current collaborations include advanced in vitro and molecular technology to test mammary epithelial cells from breast fluids and tissue for the presence of BLV and two other oncogenic viruses as potential biomarkers to identify women at high risk for developing breast cancer. 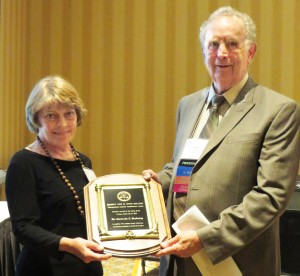 In addition to Dr. Buehring’s pivotal role for in vitro biology, since becoming a member in 1982, she has actively contributed to the Society as a Reviewing Editor for In Vitro Cellular and Developmental Biology-Animal; World Congress Scientific Advisory Board; Program Committee and symposia development and presentations; member Vertebrate and Cellular Toxicology Sections; Vertebrate Section Officer and SIVB Board of Directors.  One of Dr. Buehring’s major contributions to the Society was her role from 1986-2008 with the Education and Student Affair’s Committees where she was an outstanding mentor and scientific role model for SIVB students.

Dr. Buehring is recipient of the prestigious Cornelius L Hopper Scientific Achievement and Otto W. Sartorius Awards for scientific excellence, a Fulbright research fellowship, and a Distinguished Lecturership from the American Society for Microbiology.  She continues to share her knowledge and dedication to cell culture and the control of infectious diseases with the hundreds of undergraduate, masters, and doctoral students, postdoctoral fellows and visiting scholars that she has sponsored in her research laboratory.

The SIVB Lifetime Achievement Award recognizes the significant contributions to the development and understanding of in vitro biology that historically has and will continue to distinguish the merits of Dr. Buehring’s scientific and academic work.