The post-doctoral oral presentation competition was held on Monday June 1st. The competing researchers were Dr. Dhiraj Thakare from Arizona State University who spoke on the development of Aflatoxin-free maize. Dr. Younghua also from Arizona State University presented his research work on the Production of transgenic soybean seeds expressing a hEG factor for a therapeutic formula to prevent neonatal necrotizing enterocolitis. Dr. Rajesh Manoharan from the International Institute of Tropical Agriculture, Nairobi, Kenya presented research describing protocols for regeneration of Dioscorea rotundata via somatic embryogenesis. The judges were Dr. Dennis Gray from the University of Florida, Dr. Prakash Kumar from the National University of Singapore and Dr. Daniel Bergey from the University of Wyoming. Dr. Manoharan received the first prize followed by Dr. Thakare (second prize) and Dr. He (third prize) respectively. 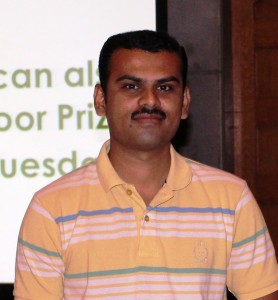 White yam (Dioscorea rotundata Poir) is one of the most important staple food crop widely cultivated in West Africa.  The consumer demand of yam is very high in sub-Saharan region of Africa, but its production is declining in this region due to factors including viral and fungal diseases, pests such as nematodes and decline in soil fertility (Nyaboga et al. 2014, Frontiers in Plant Science 5:463). The genetic improvement of yam through conventional breeding is very difficult due to constraints such as the long growth cycle (8-10 months), dioecious and poor flowering nature, polyploidy, vegetative propagation and heterozygous genetic background (Mignouna et al. 2008, In: Moore P, Ming R (eds) Plant genetics and genomics: crops and models, vol 1. Springer, pp 549–570). In view of these problems, genetic engineering may provide an alternative route for the improvement of yam cultivars. However, the availability of successful regeneration protocol is a pre-requiste for the transfer of desirable genes into D. rotundata to improve this crop. Among the different regeneration systems, somatic embryogenesis is widely considered to be an efficient system for developing transgenic plants.  To our knowledge, there is no report describing somatic embryogenesis of D. rotunda. Hence the present study was aimed to develop plant regeneration through somatic embryogenesis amenable for Agrobacterium-mediated transformation. Different explants (immature leaf, internode, root segments, axillary bud) of D. rotundata cultivar TDr 2436was tested for their embryogenic potentials on medium supplemented with different auxins (2,4-D, NAA, Picloram) . Axillary bud explants cultured on MS medium supplemented with Picloram (12 mg/l) favored embryogenic callus production. Addition of organic nitrogenous additives like casein hydrolysate and proline improved the embryogenic callus induction. The embryos attained complete maturity and germinated into normal pla.0nts when cultured in MS medium supplemented with BAP (0.4 mg/l). The results from this study will be presented. 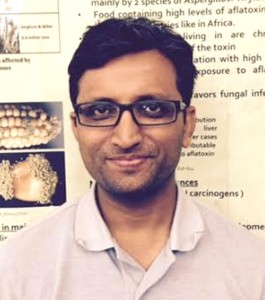 Aflatoxin is a toxic secondary compound produced by a fungal source and can be responsible for massive agricultural losses world-wide. It is estimated that 25% of the world’s crops are contaminated with some sort of mycotoxin, aflatoxin being chief among them. Worldwide there is a net loss of 16 million tons of maize due to aflatoxin contamination. Aflatoxin contamination in crops, and subsequently livestock, threatens greater agricultural development, food security and human health. The fungusAspergillus produces aflatoxins that are toxic and carcinogenic to livestock animals and humans. When aflatoxin-contaminated food/feed is ingested it can result in hepatotoxicity, liver cancer, kwashiorkor and Reye’s syndrome. Due to its high toxicity over 100 countries restrict the level of aflatoxin in food and feed.  The US Department of Agriculture regulates the allowable level of aflatoxin in maize for livestock feed and human consumption. Maize destined for human food and dairy cattle feed has the tightest limit of 20 parts per billion (ppb).  To put this number into perspective, 1 ppb is equivalent to a single drop of water in a 21,700 gallon (82,135 liter) swimming pool or from a time perspective, 1 sec in 31.7 yrs. The objective of this project is to generate aflatoxin-free transgenic maize by RNAi directed against an Aspergillus aflatoxin biosynthesis gene. We have produced 9 transgenic lines of maize (cultivar B73 hybrid) by Agrobacterium-mediated transformation and have confirmed by molecular means the insertion of both the bar selectable marker gene, conferring the added bioalaphos herbicide resistance trait, and the RNAi aflatoxin suppression cassette.  To date, two lines have been bred to homozygosity. Results from preliminary on-plant cobAspergillus infections, with subsequent toxin quantification, indicates this RNAi strategy is effective to reduce aflatoxin by at least 80% in developing transgenic maize kernels. 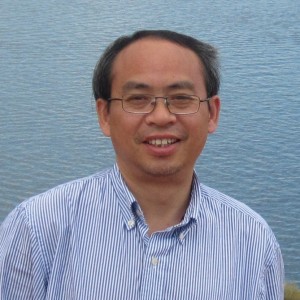 Each year in the United States, more than 530,000 babies are born prior to full 37 weeks of gestation. One of the major problems associated with prematurity is the development of a condition known as necrotizing enterocolitis (NEC). In 50% of infants with NEC a large amount of damaged and dead intestine must be surgically removed, often resulting in death or lifelong health problems. A growing body of experimental and clinical evidence supports a conclusion that deficient quantities of epidermal growth factor (EGF) leads to the development of NEC. The EGF peptide appears to be fundamental for normal intestinal development and repair. Soy-milk containing engineered EGF may be a suitable therapy if given to premature infants to prevent NEC. Human mature EGF is 6 kDa protein with three intramolecular disulfide bonds. To produce EGF a synthetic codon-optimized gene was transferred to soybean

by biolistic transformation. The resulting transgenic lines were regenerated into somatic embryos that were screened by PCR and the production of EGF assayed by ELISA. Crude extracts of somatic embryos producing EGF were assessed for bioactivity by induction of phosphorylation of the EGF receptor in HeLa cells that showed soy-produced EGF exhibited the same activity as authentic EGF.  T0 transgenic EGF seeds have showed positive ELISA for EGF demonstrating the feasibility to produce a therapeutic soy-milk to mitigate the development of NEC by premature infants. The efficacy trial of Soy-hEGF in a mouse model with short bowel syndrome will be discussed.