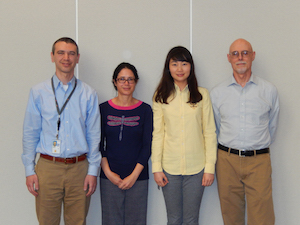 According to animal and clinical studies, genistein, a chemical found in soy products and dietary supplements, may be involved in the prevention or promotion of breast, prostate, and other cancers. Cancer-causing chemicals (carcinogens) can be detoxified or bioactivated in the liver by enzymes such as cytochrome P450 1A (CYP1A). Therefore, could genistein’s conflicting role in both cancer promotion and prevention be related to altered CYP1A function, since CYP1A can detoxify or bioactivate carcinogens? Also, could sex hormones further modulate these effects?

A human liver cell line (HepG2/C3A) was used as an in vitro model system to investigate combined effects of genistein and sex hormones on CYP1A. The activity of liver enzymes such as CYP1A can be inhibited or induced due to chemical exposure, which can influence metabolism and ultimately the toxicity of chemical compounds. For instantaneous incubations of cells with genistein, CYP1A activity was inhibited, and inhibition was further strengthened in the presence of male hormones. However, for longer-term exposures (72 h), CYP1A activity was induced by genistein in cells, and induction was further elevated in the presence of male hormones. This study illustrated how chemical exposure time and the added influence of sex hormones can alter metabolic enzyme function in vitro.

Drs. Pham and Vo use fish cell lines in Dr Bols’ lab at the University of Waterloo (Ontario, Canada) to study problems in the virology and toxicology of fish as well as to explore fundamental questions, like senescence. Drs Lucy Lee (University of the Fraser Valley, Abbotsford BC) and Niels Bols have collaborated for over 30 years on in vitro research over cups of Canada’s national drink, Tim Horton’s coffee.

The idea of immortality is one that is continually romanticized and perhaps even coveted as part of the human condition; yet fish, rather than mammalian cells, may hold part of the key to understanding senescence and immortality. Unlike mammals, fish have indeterminate growth and complex patterns of senescence that been described as either having rapid, gradual or negligible senescence. Cell lines that grow indefinitely or are immortal arise spontaneously from fish, apparently irrespective of senescence pattern. In this paper senescence associated b-galactosidase (SA b-Gal) has been used as a marker to investigate replicative senescence in existing and new fish cell lines. Three generalizations emerged. Firstly, long established fish cell lines, such as CHSE-214, that have undergone hundreds of passages or subcultivations failed to stain for SA b-Gal, suggesting that these cell lines are indeed immortal. Secondly, with one exception, in cell line development from species as diverse as walleye and rainbow trout, the number of SA b-Gal staining cells either was low or became low as the cultures were subculitvated. Thirdly immortal cell lines could be obtained from the reproductive fluids of fish that would be expected to be undergoing senescence. Although the senescence pattern of the over 25,000 bony fish species fit is unknown, salmon such as rainbow trout clearly have rapid senescence. Beginning in freshwater with the external fertilization of eggs by spermatozoa, embryos develop into young fish that migrate to the sea only to return 1 to 4 years later as sexually mature adults that in quick succession spawn and die. Ovarian or coelomic fluid of females holds the eggs; milt or semen of males has the spermatozoa. These are the reproductive fluids and in our study were obtained by the fish husbandry practice of “stripping” – the sides of fish are stroked by hand to release the gametes (egg and sperm). The number of somatic cells in these fluids was small, but they could be cultured. The primary cultures of milt but not ovarian fluid had many positive cells, but yet both could yield cell lines with little SA b-Gal staining. In the future reproductive fluids from other fish groups and even from other vertebrates, including humans, should be explored as a source of cell lines because they offer the prospect of getting cell lines without needing to kill an animal or subject a tissue to harsh dissociation treatments. Possibly, all fish tissues and organs, including milt, contain populations of immortal cells, and in culture, these give rise to fish cell lines. Whether these cell lines can be made to senesce in vitro through culture manipulations will be interesting to examine in the future. 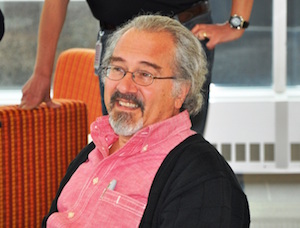 The elucidation of complete plant genome sequences combined with genome-wide transcript, protein and metabolite analyses are starting to reveal functional relationships between genes and subsequent traits. In order to fully utilize this knowledge for basic and applied crop improvement, tools that allow for the controlled modification of genome sequences are necessary. One such tool is the zinc finger nuclease which consists of a designed DNA binding domain fused to a nuclease domain capable of creating targeted double strand DNA breaks. Following nuclease-mediated cleavage, DNA repair, either homology-directed or non-homologous, can result in various types of genomic modifications, including targeted mutagenesis, site-specific transgene integration and gene deletion. Since zinc finger nucleases can be designed to bind any DNA sequence, this represents a powerful means of targeted genome editing.   In vitro biology plays an absolutely critical role in genome editing. Not only do editing reagents, such as designed nucleases and donor DNA sequences, need to be effectively delivered to target cells and tissues, but rare genetic variants need to be isolated and propagated so as to be captured as ‘events’. The establishment and maintenance of plant cell and tissue cultures, the transient and stable transformation of plants cells, the in vitro selection and fertile regeneration of modified plants have never been more important! 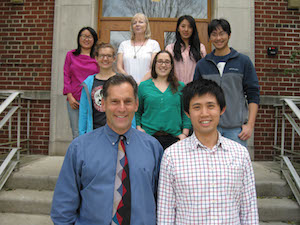 The world’s largest producers of soybean include the United States, Brazil, Argentina, China and India. For the three highest soybean-producing countries (United States, Brazil, Argentina), greater than 90% of the soybean is transgenic. Although the early commercial transgenic soybeans only contained an herbicide resistance gene, future generation soybean transgenics are being developed to contain a variety of different genes, each precisely regulated by different promoters. With support from the US soybean farmers through the United Soybean Board, efforts in the Finer Laboratory have focused on the isolation and characterization of novel soybean promoters, to be used for both basic research and commercial production of transgenics. This paper represents one of the first reports on the isolation and characterization of multiple soybean promoters. Promoters were isolated from an actin gene (GmActin), a ribosomal protein S11 gene (GmRpS11) and a heat shock protein 90 gene (GmHsp90); all were highly induced during early initiation of soybean somatic embryogenesis. For characterization, promoters were fused to a green fluorescent protein gene and re-introduced into soybean for evaluation of tissue specific expression. In seedlings, these three promoters gave rise to strong GFP expression in young roots, with very high levels of expression in the vascular tissues and root primordia. Overall, the GmActin promoter was the strongest and displayed high GFP expression in developing and mature seeds. All 3 promoters showed high activity following induction of somatic embryogenesis from immature soybean cotyledons. Evaluation of specific promoters in transgenic plants is needed for proper elucidation of promoter-regulated transgene activity. These soybean promoters may have value in basic research and in commercial transgenics, when transgene expression in induced or young embryos is required.