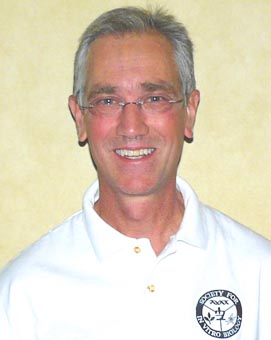 There is no sadder sight than a young pessimist, except an old optimist.~ Mark Twain

As I write this, it’s early January, it’s a new year, the holidays are over and the nation is preparing to inaugurate a new president.  After the past several months of massive financial meltdowns, a deepening, global recession, government bailouts, and BCS bowl games, it’s very tempting to hope that the new year and the new administration will bring “the change we need”.  No doubt, the challenges facing President Obama and the country are daunting, but there are reasons for guarded optimism and I, for one, am sanguine about the future.  So, in spite of the fact many economic prognosticators are describing prospects for 2009 to range from “grim” to “unrelentingly bad”, I’m going to focus on the positive and believe that a corner will be turned mid-year and brighter days will prevail.  Why the optimism?  While, yes, I do expect more financial “pain” to precede any recovery in 2009, I also believe the various stimulus packages will eventually take hold, the economic death-spiral slacken and a slow recovery will begin.  But, mainly, I tend to be more of the “glass-half-full” kinda guy anyway – that’s how Momma taught me.  (As a bonus, optimists tend to live an average of 12 years longer than pessimists.  See Maruta et al. 2000).

So, why do I bring this up and what does any of this have to do with the Society, other than it will probably make it more challenging to raise funds in 2009?  Well, it may be a bit of a stretch, but I see an analogy in the current financial crisis and the financial state of SIVB a few years ago.  As many of you know, earlier this decade, our Society was in the throes of its own “perfect financial storm” and the prospects for survival were grim, at best.  We were bleeding money badly; our fundraising efforts only slightly stemmed the hemorrhaging, membership was dwindling and our solvency was seriously threatened.  What happened?  No, SIVB did not receive a government bail-out, but the Board of Directors, led by President David Altman at the time and Treasurer Richard Heller, took drastic measures to curtail spending and imposed a strict frugality on the Society that enabled it to survive.  In fact, in 2008 we finally eliminated most of the red ink on our financial statements and we are now operating at “cost” or even flirting with being in the black.  We did not arrive at this moment without “pain”, or without struggle, nor did we arrive here without hope.  Hope, and a belief that this society was too unique, too scientifically essential, too vital to allow it to fold.  Even when our glass was damn near empty, there was desire and bull-headed optimism to do what needed to be done to save the society, and save it we did.

As a result of those efforts, I am now the President of a scientific society that is, at least for now, solvent and stable.  But, our membership numbers continue to dwindle and serious challenges remain.  Of course, we must remain vigilant in our spending and resolute in our fund-raising.  More importantly, we must use what ever resources we have to attract and engage potential new members.  Currently, we have approximately 700 active members, nearly half of what they used to be.  The Society’s most obvious recruiting tools are the annual meeting and our publications.  Presenting exciting, cutting edge science is vitally important and it is imperative that we continue to maintain a high standard of excellence for both.  But they may no longer be sufficient.  As scientific disciplines become more specialized, alternative meetings and journals with a specific focus proliferate correspondingly, and the competition for members increases.  I propose that the time has come to consider alternative means to get our message out to the scientific community, and I also propose that the main message we send is that we are THE Society for In Vitro Biology.  Scientists engaged in research that utilizes in vitro techniques should think of SIVB as their primary source for information, scientific discourse and collegiality.  And what alternative methods do I think we should adopt to get this message across?  Two avenues come to my mind, but I am sure many others exist and my challenge to you is to help me identify and implement them.  Of the two that I can think of, our website is the most obvious and direct connection we have with the external community.  I am convinced we can significantly improve our website so that it is valuable resource and recruitment tool.  I have some suggestions for enhancing our website, such as adding an “Ask the Expert”-functionality, but I will save those for a later newsletter.  Of course, any significant improvements to the website will require time and money and neither is in abundant supply.  The other possibility for outreach is to utilize existing social network tools to expand our “brand” to connect with and to engage other scientists.  Social network tools such as LinkedIn and Sharepoint can be useful resources and I am sure others exist.  One such social networking site is BiomedExperts (www.Biomedexperts.com), which specializes in using text mining of Medline scientific publications to create “networks” of scientists connected by research specialty and co-authors.  While this site primarily links researchers working in medical literature and would be most appropriate for our IVACS members, some plant biologists can also be found.  Just to see what the potential might be, I logged into BiomedExperts and searched on some keywords that I thought might be relevant.  The results were stunning.  When I searched for “cell culture”, I found that 302,742 individual “experts” were identified.  Nearly 30,000 investigators are working on hematopoietic stem cells and 11,307 are involved in tissue engineering.  And these data are compiled from literature primarily focused on human medical research – if a corresponding website existed for plant research, would the number of researchers be similar?  While I can’t vouch for the veracity of these numbers, clearly there are many, many people utilizing in vitro technologies that could, and should, be members of our Society.  If we can attract even a small percentage of those individuals, our society would be revitalized and our long-term survival would be ensured.  Heck, I’ll settle for 1-2%.  🙂

So, I ask all of you to think about ways to get the word out, that SIVB is THE society for in vitro biology.  I also want to challenge our membership to think of ways to make SIVB more attractive, compelling and vital to prospective members.  What service, or function, can SIVB offer to those non-committed scientists to convince them that membership in SIVB provides sufficient value for them to join?  Please feel free to communicate any ideas you have to me, to your section representatives or to other SIVB Board members and officers.  With your involvement, I, for one, remain optimistic that the crisis of membership can also be solved and the SIVB will be an increasingly relevant society in the years to come. 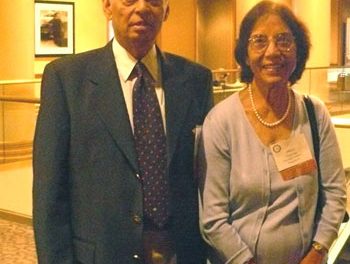