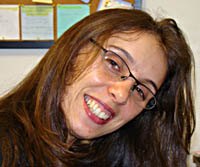 The following student awards were presented at the 2008 World Congress on In Vitro Biology, Tucson, Arizona. Specific information related to the available student awards can be found on the SIVB website (www.sivb.0rg) or by contacting the SIVB Business Office at (919) 420-7940, sivb@sivb.org, or Dr. Pamela Weathers, Chair, Student Affairs and Awards Committee, at weathers@wpi.edu.

Nitrogen compounds are important signals for the root growth maintenance and development. Roots of Catasetum fimbriatum stop growing when the plants are maintained in long-term cultures. Moreover, isolated root tips of this orchid are competent to their root apical meristem (RAM) conversion into buds, even when they are cultivated in a hormone-free medium. In this study we investigated the root growth rate and the variations of protein content, ammonium levels, nitrate reductase (NR) activity, and morphological modifications in root tips of C. fimbriatum over the competence acquisition to the RAM conversion into buds. The results showed that this competence was increased in old root tips and, curiously, explants isolated from young plants did not show this competence and continued growing as roots. The morphological analyzes revealed that competence acquisition of old root tips was related to the root growth cessation, profound structural modifications in the RAM and a remarkable decrease in both fresh and dry weight. This process was correlated with the decrease of the analyzed nitrogen sources in the root tissue. Competent root tips showed lower NR activity, protein content, and ammonium levels; in agreement to this tendency, the ammonium content was decreased in the medium in which the old roots were cultivated. These results suggested that the competence to root-to-shoot conversion in C. fimbriatum depend on the root growth cessation and lost of the RAM structural features and function. A lack of nitrogen sources seems to influence the modification of the root tip organogenetic pattern in this species through the reduction in the root growth and, subsequently, the competence acquisition to the conversion of the RAM into buds. Supported by FAPESP. 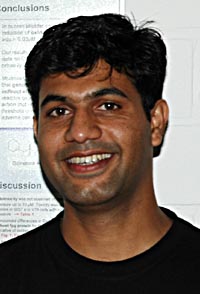 Ochratoxin A (OTA), a mycotoxin that frequently occurs as a contaminant in various foods and feeds, is a potent rodent carcinogen, with kidney and urinary bladder as major target organs. OTA is known to cause porcine nephropathy and is suspected to be involved in Balkan endemic nephropathy in humans. Arsenic, a metalloid, found in ground drinking water in many parts of the world, is also a potent carcinogen with multiple target organs including urinary bladder, kidney and skin. As both substances appeared simultaneously as contaminants of food or water, it is indicated to study their interaction. The present study was designed to determine the individual and combined cytotoxic effects of OTA and arsenic in Chinese hamster lung fibroblast (V79) and human bladder carcinoma (5637) cells by using the cell titer blue (based on mitochondrial activity) and the neutral red (based on lysosomal activity) assays. Concentration-effect curves for OTA alone, arsenic alone and their combinations for various treatment times (up to 72 hr) were generated. Cytotoxicity was observed at low micromolar concentrations of OTA or arsenic in both cell lines, with 5637 cells appearing more sensitive than V79 cells. When tested as combinations, the observed cytotoxicity was higher than for the individual substances alone but some of the concentration pairs tested produced lower combined cytotoxicity than the sum of the cytotoxicity induced by OTA and arsenic. These results are evident for future risk assessment of genotoxic effects of this mixture. 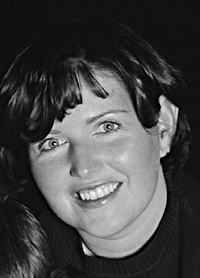 Evaluation of EP-1, a Cell Line from Anguilla japonica, to Study the Life Cycle of the Microsporidian Heterosporis anguillarum

An epithelial cell line from the Japanese eel (EP-1), persistently infected with Heterosporis anguillarum (Ha), is being evaluated to study the parasite’s life cycle. This cell line is a convenient in vitro system for following the changing relationships between the host fish cells and the complex life stages of the microsporidian. Recent reports of Heteroporis sp. infections in fish within the Great Lakes have caused major concerns and prompted their inclusion as one of 25 Priority Invasive Species by the Great Lakes Panel on Aquatic Nuisance Species. A watch for these pathogens is in effect, however, there is no standardized test for their identification. Thus, this research evaluates EP-1 as a model system for the study of Heterosporis. Warm temperatures (21 to 32°C) favored EP-1 proliferation as well as of Ha, as detected by Giemsa staining. Methods to visualize and quantify all developmental stages of the parasite are being developed. In addition to Giemsa, Ha spores and sporophorocyts could be seen in fixed cultures with the fluorochrome, Calcofluor white (CF), which is known to bind chitin, and in living cultures with acridine orange (AO). After 3 days in culture, spores were seen as round or oval structures that were pink in Giemsa, white with CF, and red with AO. Sporophorocysts (SPC) were seen as light pink with Giemsa, a loci of white with CF and red with AO. Often EP-1 developed into giant cells with multiple nuclei. These giant cells were most often associated with SPCs, suggesting that either cytokinesis was impaired by SPCs or giant cells more easily contained SPCs. Chemotherapeutic treatment of EP-1 with Norfloxacin, Ofloxacin, Albendazole and Amphotericin B decreased the number of spores in a dose dependent manner but none completely cleared infection with a range of concentrations from 1 to 15 µg / ml. Preliminary transmission electron micrographs provide some evidence of mature spores in EP-1 but will require further study and optimization for conclusive results. This in vitro study of Heterosporis could provide in depth information on their life stages and mechanisms of transmission as well as conditions that may limit or enhance their growth. The latter is especially important as warm temperatures appear to favour Ha proliferation causing concerns for fish infection in the Great Lakes due to global warming trends.

Submitted by the SIVB Business Office 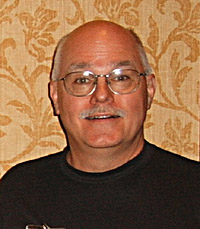 What Got You into This Business? 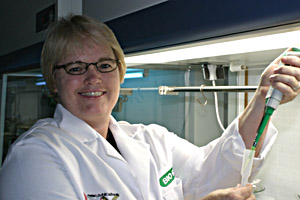