Summary of Special In Vitro Plant Issue on Biofuels:
(The following contribution to In Vitro Report is the executive summary of one of twenty submissions that will appear in an upcoming special issue of In Vitro Cellular and Developmental Biology – Plant, Volume 45, related to Biofuels.)

Drivers Leading to Higher Food Prices: Biofuels Are Not the Main Culprit

No one can deny that the price of food has increased over the past two years. This outcome was forecast in a Council for Agriculture Science and Technology (CAST) Commentary (QTA 2006-3) in 2006. In 2007, the overall rise in food prices was twice that of the overall inflation rate, led by inflation for poultry (meat and eggs) and dairy products in particular, as reported by Henderson (2008). Because of the current high agricultural commodity prices, many people believe that farm producers are earning more net income and are in part to blame for rising food prices. Nothing could be farther from the truth, because the input costs for food production has increased just as dramatically as the commodity prices, resulting in consistently narrow profit margins for the producers.

A number of reports have emerged in the past two years which attempt to account for the factors associated with food price inflation throughout the world (Kruse et al. 2007; Elobeid et al. 2007; Abbott et al. 2008; Henderson 2008; Trostle 2008). These prominent studies have indicated that the main drivers associated with the rise in food prices are the increased energy costs (and the trickle down impact on farm input costs, especially for fertilizers and chemical control products), devaluation of the U.S. dollar, global weather conditions, high energy demand from emerging economies in developing countries (especially India and China), and the use of commodity crops (especially corn and soybean) in the production of biofuels. Each of these factors has a direct bearing on food price inflation, which contradicts reports in the popular press that biofuel is the only reason for rising food prices.

Review of these recent studies, as well as additional analyses presented in this report (Archer 2008), indicate that crude oil prices and related energy costs, and inflation (including devaluation of the U.S. dollar in global markets), are the two primary drivers associated with food price increases in the past two years. Unpredictable weather events, emerging economies, and diversion of commodity feedstocks into biofuel production are relatively minor contributors to food price inflation. The data reviewed in this article clearly debunk the myth presented by the media that food producers, particularly farmers growing corn or soybean for biofuel feedstocks, are making huge profits with high commodity prices. Producers continue to face extraordinary risks in their farming operations, and profit margins have narrowed considerably because of the high input costs driven by high energy costs.

One of the primary solutions to the food price inflation problem is to increase the supply of commodity crops in a responsible way that is both respectful and sustainable regarding economic, societal and environmental aspects. At the center of this solution is implementing and developing new technologies to increase crop yields and nutritional values without increasing the amount of land and fossil-based inputs used in agriculture. Conventional breeding, molecular breeding, genomics and biotechnology are pivotal technologies for increasing crop yields to meet these supply needs. The track-record for biotech traits demonstrates they have not only increased yield, but also have been beneficial to the environment by use of insect control traits that result in less pesticide usage, and due to the dramatic implementation of conservation tillage (no-till) through the use of herbicide tolerance traits. In particular, no-till farming results in less erosion, conservation of nutrients and soil organic matter, and reduced input costs (primarily in diesel fuel savings) (Carpenter et al. 2002).

A wide variety of new technologies will impact agricultural production in the next 15-20 years. Second- and third-generation biotech traits are under development. There is current demand for increased food traceability, food quality assurance and food safety, and these stimuli will lead to the development of new technologies to gain greater precision and accuracy in these areas. Continuing the adoption and implementation of all available agricultural technology advancements will result in a continued increase in the rate of yield gain with the same or fewer inputs, and improve the supply of commodity grain to ease demand.

What Got You into This Business? 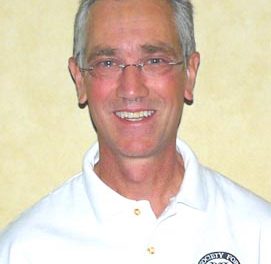