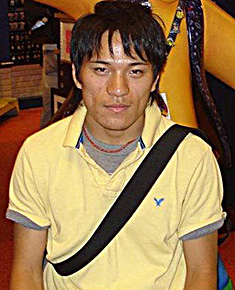 The following student awards were presented at the 2007 In Vitro Biology Meeting, Indianapolis, Indiana. Information related to the available specific student awards can be found on the SIVB website (www.sivb.net) or by contacting the SIVB Business Office at (919) 420-7940, sivb@sivb.net, or Dr. Pamela Weathers, Chair, Student Affairs and Awards Committee, at (870) 680-4795, email: pweathers@astate.edu.

Exposure to minerals via inhalation has long been implicated in the development of a variety of human inflammatory pulmonary diseases. Suspected mechanisms for lung pathologies include the production of Reactive Oxygen Species (ROS) or cell death in response to the toxicity of the inhaled material. This particular study evaluates the inflammatory response of the human lung epithelial cell line, A549, to various mineral oxides. The use of concomitant cytotoxicity assays allowed for rough quantification of ROS release per cell. The mineral samples examined included Pyrite (Iron Disulfide, FeS2), Nickel Disulfide (NiS2), Titanium Dioxide (TiO2), Olivine (Forsterite, Mg2SiO4) and Quartz (SiO2). ROS generation was measured via Dichlorodihydrofluorescin (DCFH). This non-specific fluorescent probe yields fluorescent DCF when cleaved intracellularly by oxidants. Depending upon the mineral being examined, one of two cytotoxicity assays: MTS or Calcein AM, was chosen. MTS is a less than satisfactory choice with Nickel and Calcein AM was incompatible with Titanium Dioxide. The MTS assay uses a soluble tetrazolium salt that is cleaved in the mitochondria of metabolically active cells to form a soluble formazan product. Absorbance measurements allowed quantification of the product. Calcein AM is a membrane-permeant reagent. Once inside the cells, it is hydrolyzed by endogenous esterase into fluorescent calcein, which is retained in the cytoplasm. Unlike the indirect measure provided by MTS, Calcein AM measures cell number directly, independent of metabolic activity levels. The data were analyzed first as percent of control; then the DCFH values were divided by the cytotoxicity values to correct for the approximate number of viable cells in a sample set, yielding a measurement of ROS per cell. At present, this study has yielded a qualitative ranking of reactivity and toxicity of the mineral oxides: with Nickel and Olivine as the most reactive and Quartz and Titanium Dioxide as the least.

Exposure of cells and tissues to reactive minerals can lead to inflammation and ultimately cause life threatening diseases. Humans can be at risk of inhalation hazards from minerals such as Iron pyrite (FeS2), which is found in environmental sources, including post flooding mud deposits. Sixteen samples of mud left in New Orleans after hurricane Katrina were provided by the US Geological Survey and were evaluated in vitro with two human cell lines: the A549 lung epithelium and the monocytic MonoMac 6 (MM6). The introduction of foreign substances into the human airway can result in the generation of reactive oxygen species (ROS), such as peroxides and free radicals. ROS release has negative effects on cell structures and the result is collectively known as oxidative stress. Measurement of cellular ROS production was done with 2′,-7’dichlorodihydrofluorescein (DCFH), a broad spectrum non-specific ROS detector that is oxidized intracellularly to its fluorescent form: 2′,-7’dichlorofluorescein (DCF). The DCF produced was measured using a fluorescent plate reader at excitation and emission wavelengths of 485nm and 530nm. All assays were done in a 96 well plate format and designed to evaluate the effect of sample concentration on ROS production. Plates contained cell-free blanks, untreated control cells, positive control cells and cells exposed to mud concentrations of 7.8125, 15.25, 31.25, 62.5, 125, and 250ug/mL. Prior to addition to the cells, the mud samples were sonicated to break up large aggregates and clumps and yield a more uniform suspension. Looking at raw ROS data, only four of the samples ranked similarly in their ROS responses in both cell types. Spearman rank correlation was used to determine if pyrite concentration was related to ROS release. The Spearman calculation indicated a positive correlation for A549 cells, but no correlation for MM6 cells. This means that for the epithelial cells, but not the monocytic, pyrite concentration is related to ROS production.

Bahiagrass is a low input, drought tolerant and disease resistant warm season turfgrass used for residential lawns and along highways in the Southeastern US. Turf quality of bahiagrass is compromised by prolific seedhead production, open growth habit and light green color. Gibberellins are plant hormones involved in a number of processes including apical dominance and stem elongation. The objective of this study was to improve the turf quality of bahiagrass by over-expression of a gibberellin catabolizing enzyme, Gibberellin 2-oxidase (GA-2ox). GA-2ox1 ORF was isolated from Arabidopsis and sub-cloned under the control of the constitutive ubiquitin or 35S promoters. Co-transfer of minimal, constitutive nptII and GA-2ox1 expression cassettes without vector backbone into seed derived callus cultures from turf-type, apomictic bahiagrass (cv. ‘Argentine’) was carried out by biolistic gene transfer. Eight putative transgenic lines were regenerated from 600 bombarded calli. Transgenic nature of the regenerated plants and their seed progeny was indicated by NPTII ELISA (Agdia), PCR and RT-PCR. Southern blot analysis of plants regenerated from independent callus lines showed a simple and independent GA-2ox1 integration pattern. Northern blot analysis allowed quantification of GA-2ox1 expression levels and its correlation with phenotypic changes. Phenotypic characterization of the transgenic lines was carried out under controlled environment conditions in a hydroponics set up as well as in soil. Over-expression of GA2-ox1 in bahiagrass resulted in transgenic plants with reduced height and increased tillering, while root length was not affected in most of the transgenic plants as indicated under hydroponics conditions. Data correlating GA2-ox1 expression with plant height, tillering, seedhead emergence and seedhead length of plants grown in soil under controlled environment conditions will be presented.

The malaria parasite remains a persistent threat to world health and artemisinin drugs from the shrub, Artemisia annua, are the sole therapeutic agents to which the parasite, Plasmodium falciparum, has not developed a resistance. However, production is low in planta and synthetic methods are not yet cost effective. This work was conducted in an effort to secure a cost-efficient and convenient method for artemisinin therapies to be produced. Three genes from the artemesinin biosynthetic pathway of A.annua were cloned into a plant expression vector under the control of fruit specific promoters of S. lycopersicon (tomato). These include farnesyl pyrophosphate synthase (FPS) that catalyzes the conversion of isopentyl diphosphate (IPP) into farnesyl diphosphate, amorpha diene synthase (ADS) that catalyzes the products of FPS into amorpha-4, 11- diene, and finally a cytochrome P450 (CYP71AV1) that catalyzes three oxidation steps resulting in the production of artemisinic acid. Furthermore, while transformation was conducted of the nuclear genome, protein products are targeted to plastids in an effort to shunt available carbon from other secondary metabolites. Levels of expression of the introduced genes and quantification of their products will be shown.

A student of Drs. Kris Wobbe and Pam Weathers of Worcester Polytechnic Institute, Worcester, MA, Daniel Vail has been granted the 2007 Phillip White Award to travel to the Arkansas Bioscience Institute (ABI) to establish clonal shoot cultures of a high producing Chinese variety of Artemisia annua under the guidance of Dr. Chunzhao Liu. Professor Weathers is currently on leave at the ABI. Dan will then use these cultures to study the level of transcription control in this clone in response to different developmental and cultural factors. A. annua produces artemisinin the most effective cure available for treating malaria and other parasitic diseases. 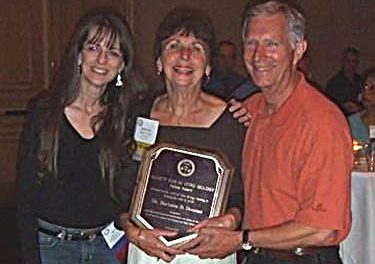 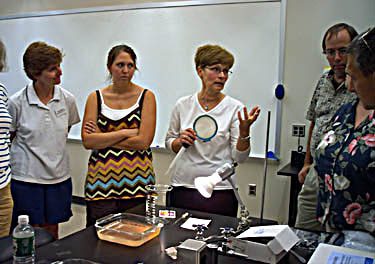