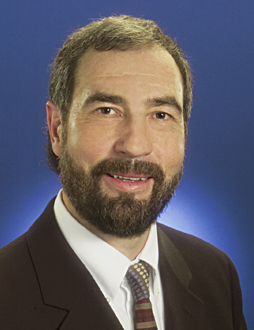 The Fellow Award recognizes current members of the SIVB who have been active members for at least 10 years. A Fellow has made outstanding contributions in their area of specialization or discipline to include research, teaching, and administration in public, government, academic, or private industry activities. Information on additional award winners will be provided in future issues of the In Vitro Report

Dennis Laska was awarded the SIVB Fellow Award during the 2006 In Vitro Biology Meeting in Minneapolis, MN. Dennis first joined the Society as a student member while attending the Pennsylvania State University. He has been an active member of the Society for over 20 years, and during this time has made numerous significant contributions to the Society through his leadership and service. These contributions include serving as the Co-chair of the In Vitro Toxicology Section (1998-2001), Serving on the SIVB Program Committee (1999-2002, 2007), and serving on the SIVB board of directors (2004-2008). Over the years Dennis has also served an integral role in the Society by organizing, funding, and convening numerous scientific sessions at the annual SIVB meeting. These sessions include: Impact of High Throughput Screening Technology on Pharmacokinetic and Toxicological Methods Development (1998); Recent Advances in High Throughput Screening Technology and Their Applications to In Vitro Pharmacokinetic and Toxicological Methods Development (1999); The Revolution in Molecular and Cellular Biology Presents Unique Challenges and Opportunities for High Throughput Screening Application (2000); ABC Transporters: Their Role in Multi-drug Resistance, Bioavailability, and Drug-drug Interactions (2001); Biopharmaceutical Manufacturing: Addressing the Needs for Staffing, Facilities, and Processes Development (2002); Advances in Automation of Cell Culture and Cell-Based Assays (2004); Fluorescent Markers and Multiplexing Assays (2005). Dennis was also an invited speaker at the 2003 Annual SIVB meeting for the Predictive Toxicology Session. Dennis is currently employed as a senior Biologist in the Integrative Biology Section at Eli Lilly and Company. Some of his accomplishments at Lilly include developing in vitro assays to investigate mechanistic toxicology, developing automated cell based ADMET screens for drug disposition testing, and most recently applying cell culture technologies and automation to identify novel biomarkers for human disease progression and treatment. Eli Lilly and Company has recognized Dennis’ accomplishments by awarding him the Presidents Award in 1992, 1998, and 2005.

Dennis Laska had this to say after receiving the SIVB Fellow Award:

“I am truly honored to receive this distinguished award. As I look back in review of those who have received the Fellow Award before me, I am humbled to be included on a list with so many distinguished scientists who were (are) pioneers in the field of cell and tissue culture.” 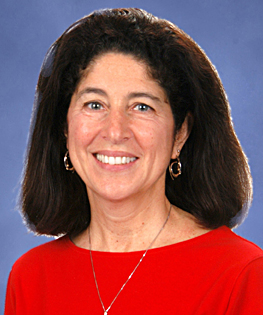 Dr. Shirley A. Pomponi, President and CEO of Harbor Branch Oceanographic Institution, Inc and scientist, Biomedical Marine Research Program, received the 2006 Fellow Award, Society for In Vitro Biology. She holds a B.A. in Biology from the College of St. Elizabeth in Convent Station, New Jersey, and an M.S. and Ph.D. in Biological Oceanography from the University of Miami’s Rosenstiel School of Marine and Atmospheric Science (RSMAS). Dr Pomponi joined Harbor Branch in 1984 and has been instrumental in building the institution’s drug discovery program, which she directed 1994-2002. She has held numerous positions to advise ocean policy at both the national and state levels, including the President’s Panel on Ocean Exploration, the Florida Oceans and Coastal Resources Council, and the federal Ocean Research and Resources Advisory Panel. Dr Pomponi currently chairs the National Academy of Sciences Ocean Studies Board, and serves on the BIOFlorida board of directors, the executive committee of the Consortium for Oceanographic Research and Education (CORE), the U.S. committee for the Census of Marine Life, the Board of Trustees of Midwest Research Institute and the Women Divers Hall of Fame. Dr Pomponi’s research interest is on systematics, ecology, physiology, and cell biology of marine sponges as one of the primary sources of chemicals with pharmaceutical potential. She has led numerous research expeditions to the tropical western Atlantic Ocean and Caribbean, and to the Galapagos Islands, Australia, New Zealand, American Samoa, Seychelles, Azores, Madeira, Canary Islands, Cape Verde, and Lake Baikal, Russia. A major emphasis of Dr Pomponi’s research is the development of methods for sustainable use of marine resources for drug discovery and development, including the development of cell lines of bioactive marine invertebrates.
A recipient of numerous national and international awards, Dr Pomponi has been a member of the SIVB since 1991, with service to the Invertebrate Section, the program committee, and distinguished congress symposium speaker and convener. In addition, Dr Pomponi has authored or co-authored more than 80 publications to include: book chapters and peer-reviewed scientific papers in marine biotechnology, biodiversity, cell and molecular biology, systematics and natural products chemistry.