A very informative program awaits Invertebrate members at the 2006 In Vitro Biology Meeting from June 3 – 7 in Minneapolis, Minnesota. For many years the Invertebrate Section has enjoyed joint sessions with other Sections to the mutual benefit of all who participated. This meeting will be no exception. All members are encouraged to support our Society by attending the Annual Meeting. Along with State of Science Plenary Sessions the Invertebrate Section is featuring the following Animal Symposia: “Recent Advances in Invertebrate Immunity Using In Vitro Techniques” convened by Cynthia L. Goodman, USDA, ARS, BCIRL, and Guy Smagghe, Ghent University, Belgium. Speakers include: David Stanley from the USDA, ARS, BCIRL speaking on “Eicosanoids in Invertebrate Immunity: An In Vitro Approach”; Ann Fallon from the University of Minnesota speaking on “Experimental Approaches to the Evaluation of Immune Functions in Mosquito Cell Lines” and Vanessa Franssens from the University of Leuven speaking on “Determination of the Effects of Ecdysteroids and JH on Nodulation Responses Using Tissue Culture”.

The following additional Symposia may be of special interest to fellow invertebrates:

Special Information Bulletin for Members of the Invertebrate Section

2005 saw the beginning of major re-oganizational and name change for the Invertebrate Section. With declining membership, Mr. Paul J. Price, then President-elect of SIVB informed us that facing the same concerns, the Cellular Toxicology and Vertebrate sections had combined to form the In Vitro Animal Cell Technologies (IVACT) section. He also pointed out that it would make sense to have the Invertebrate Section become a sub-section under the IVACT section

At the time, the officers of the Invertebrate Section had mixed feelings regarding this incredibly important albeit potentially controversial issue. On Oct. 6, 2005 as Secretary of the Invertebrate Section I sent out a note and background information from the Constitution and Bylaws to all our Invertebrate members and informed them that a vote on this issue would be forthcoming. On January 19, 2006, we were informed that of the 42 Invertebrate members eligible to vote, 14 returned ballots, with 10 voting on the sub-section issue. Seven were in favor of merging the Invertebrate section into the newly formed Vertebrate/Toxicology section and three were opposed. In light of these results, we were requested by the Executive Committee to work with the Constitution & By-laws Committee to suggest specific action for the Board of Directors to make at their February, 2006, meeting in order to finalize the merger and create a subsection. The Committee informed the Board that neither the Constitution nor the Bylaws make any mention of subsections and therefore all details of this merger need to be arranged by the new section itself, which has recently been named the In Vitro Animal Cell Sciences Section. This merger is still ongoing and will be finalized at the 2006 Congress on In Vitro Biology. Please forward any comments, concerns or suggestions of this action to any Invertebrate Section Officers.

We hope that this pending merger will allow us as a Section to “re-invent” ourselves as a sub-section within the IVACT. Indeed, this merger may become a good venue through which we can invite all members to participate in a discussion to formulate a new Section that will have an important voice in the SIVB.

Cynthia L. Goodman, Member-At-Large (Representing the Invertebrate Section)
Board of Directors
Society for In Vitro Biology 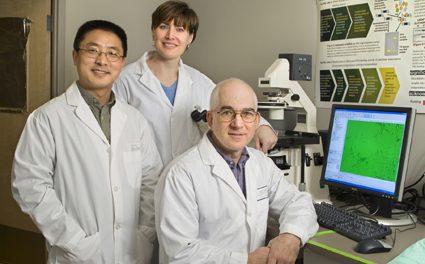