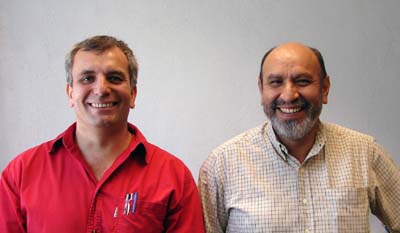 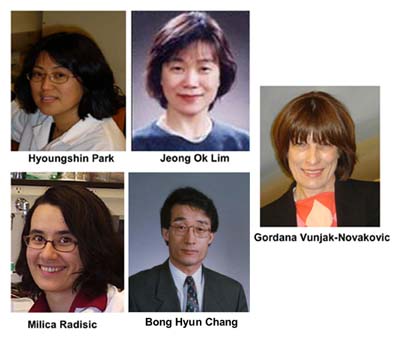 Heart muscle or myocardium does not have ability to regenerate after injury. As a result, heart disease is the leading cause of death in developed countries. One approach to treating injured myocardium involves tissue engineering of a functional substitute of the native tissue, in form of a synchronously contractile patch that can be implanted onto the heart and help restore normal contractile function. In our studies, cells obtained from the hearts of neonatal rats were cultured on a biomaterial scaffold using a bioreactor. In future clinical applications, human stem cells can be used, such as those isolated from bone marrow, and preferably from the same patient to avoid problems with immunorejection and transmission of disease. In either case, a biomaterial scaffold is needed to provide a structure for cell attachment, whereas a bioreactor is needed to provide the environmental conditions required by the cells to connect and assemble a functional tissue. In the present study, our objective was to develop a biomaterial scaffold that is (1) highly porous (to facilitate cell supply by nutrients and oxygen). (2) hydrophilic (to enhance cell attachment), (3) structurally stable (to support the cultured cells), (4) biodegradable (to go away as the tissue develops), and (5) elastic (because heart tissue is elastic and needs to contract). To meet all these requirements, we designed a composite scaffold using two different polymers. Engineered tissues grown using this scaffold contained more cells and had better developed cardiac-like features including stronger and more regular contractions in response to electrical pacing, as compared to other candidate materials studied. However, scaffold is only one component of the culture system, and the tissue outcome also depends on the cell source and the bioreactor design.

Chili pepper (Capsicum annuum L., cv. Tampiqueño 74) cell suspensions were employed to study the influence of phenylalanine and phenylpropanoids on the total production of capsaicinoids, the hot taste compounds of chili pepper fruits. The effect of capsaicinoid precursors and intermediates on the accumulation of lignin as an indicator of metabolic diversion was also investigated. Addition of 100 ?M of either phenylalanine, cinnamic or caffeic acids to chili pepper cell cultures did not cause significant increases in total capsaicinoids (expressed as capsaicin content, and calculated as averages of the measured values) during the growth cycle. The highest total capsaicinoid content was recorded in cultures grown in the presence of vanillin (142.61 ?g g-1 f.wt.) followed by cells treated with 100 ?M vanillylamine (104.88 ?g g-1 f.wt.), p-coumaric (72.36 ?g g-1 f.wt.) and ferulic acid (34.67 ?g g-1 f.wt.). Capsaicinoid content for control cells was 13.97 ?g·g-1 f.wt. Chili pepper cell suspensions cultured in the presence of 100 ?M of either phenylalanine, cinnamic, caffeic and ferulic acids or the same concentration of vanillin and vanillylamine did not exhibit statistically significant differences in the content of lignin as compared with control cells. However, addition of p-coumaric acid (100 ?M) to the culture medium significantly increased the lignin production (c. 10-15 times the contents of control cells).

Microarray technology has burgeoned over the last few years from nucleic acid-based arrays to tissue microarrays. This study aimed to develop a technique to incorporate cell lines into an array and to demonstrate the usefulness of this technique by performing immunohistochemistry for ß-catenin. Cell suspensions were prepared from 23 tumour cell lines. These were fixed in formalin, suspended in agar and embedded in paraffin to produce a cell block. A ’tissue microarrayer’ was used to remove triplicate 0.6mm cores from each cell block and transfer these into a recipient paraffin block at precise co-ordinates. Immunohistochemistry was used to identify cell lines positive for ß-catenin. Cultured cells were successfully incorporated into the microarray, with preservation of cell architecture and even distribution of cells within each core. 18/69 cores (26%) were lost in processing. 16/23 cell lines were identified as positive for membrane and cytoplasmic ß-catenin and 6/23 were negative. Only one cell line was unscorable due to complete core loss. We have developed a ‘cell microarray’ technique for analysing antigen expression by immunohistochemistry in multiple cell lines in a single experiment. This novel application of microarrays permits high throughput, cost efficient analysis, with the potential to rapidly identify markers with potential diagnostic and therapeutic implications in human disease. 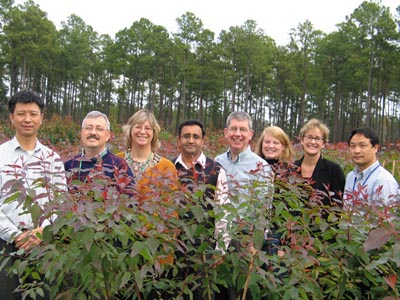 Forest trees are the most important renewable resource on earth. Highly productive forest plantations are expected to provide fifty percent of the world’s wood by the year 2050. It is, therefore, imperative that we develop technologies that can be used to maximize the production potential of plantation forest trees to meet the ever increasing demand for wood and wood products, while preserving natural forests for future generations. Plantation forestry has enormously benefited from development and implementation of improved silvicultural and forest management practices during the past century. A second wave of improvements has been brought about by the introduction of new germplasm developed through genetics and breeding efforts for both hardwood and conifer tree species. The emergence of biotechnological approaches that span the fields of plant developmental biology, genetic transformation and discovery of genes associated with complex multigenic traits are poised to significantly increase the productivity of plantation forests. Over the past five years, progress in plant regeneration via organogenesis and somatic embryogenesis in economically important tree species have allowed for the development of efficient gene transfer techniques and have also opened up avenues for deployment of improved varietal planting stocks in forest plantations. Commercial success will require extension of these methods to elite germplasm and development of cost-effective means for large-scale production and delivery of improved non-transgenic as well as transgenic planting stock. Recent breakthroughs in gene cloning and genomics technology in forest trees have enabled the discovery and introduction of value-added traits for wood quality and resistance to biotic and abiotic stresses into improved genotypes. With these technical advancements, regulatory infrastructures and processes will be expanded to include the testing and release of trees improved through biotechnology. Commercialization of planting stocks, as new varieties generated through advanced breeding programs or as transgenic trees with high value traits, is expected in the near future and these trees will enhance the quality and productivity of our plantation forests. As tree plantations become more productive using less land, we are getting a step closer to realizing the potential benefits of forest biotechnology. 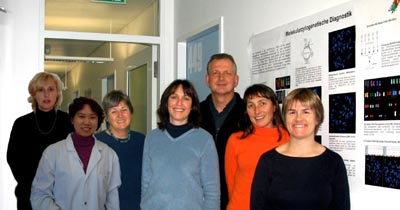 In this manuscript, we report multicolor-fluorescence in situ hybridization (M-FISH) analysis of four different ES cell lines/clones. Although the morphology of all four ES cell lines/clones appeared normal and all four expressed the early markers Oct3/4 and Nanog, two cell lines presented consistent numerical and structural chromosome aberrations. We demonstrate that M-FISH is a sensitive and accurate method for a comprehensive karyotype analysis of ES cells and may minimize time, costs and disappointments due to inadequate ES cell sources. 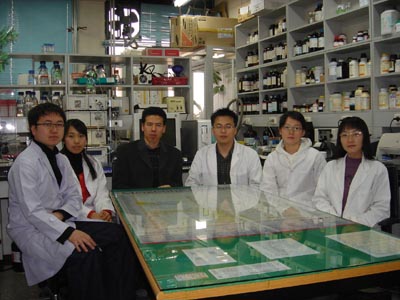 Our laboratory is studying the production of various secondary metabolites from plant resources. The useful secondary metabolites are obtained commercially from the intact plants. The low yield of these useful secondary metabolites in plants has been the major motivation to produce them by cell and tissue cultures. Fused technology between culture technology and metabolic engineering can produce significant sources pharmaceuticals. There are two main research groups in our laboratory, and plant cell culture technology and metabolic engineering. We are trying to cover from the basic to highly applied researches. In our plant cell culture research, we are trying to produce high value complicated chemicals (mainly phytochemicals such as ginkgolide, tropane alkaloids and terpenoids) by using cell and hairy root cultures. Also, we are established selection method of high producing cell lines from various cell lines and high producing methods as elicitation, two stage cultivation, and small scale bioreactor cultivation. In metabolic engineering research, we are focused the elucidation of metabolism and over-expression its key enzymes of tropane alkaloids from Scopolia parviflora, endangered medicinal plant in Korea. We are studying role and interaction of other metabolites of plant terpenoids such as limonene and isoprene from spearmint and hinoki. Final objective of our research is efficiently high production of useful plant metabolites by using in vitro cultivation. So far, we believe this approach has been successful. Various biotechnological research projects are carried out in collaboration with several laboratories. We are eager to discuss opportunities to collaborate with scientists and engineers from all over the world. 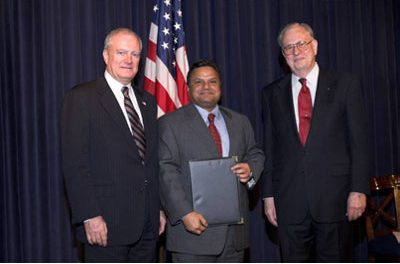