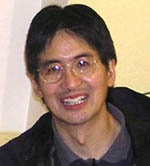 The Society for In Vitro Biology (SIVB) is pleased to announce that Dr. J. Denry Sato has agreed to take on the position of Editor-in-Chief for In Vitro Cellular and Developmental Biology – Animal. J. Denry Sato, D. Phil, is currently an Investigator at the Mount Desert Island Biological Laboratory in Salisbury Cove, Maine, and he has been a member of the Society for In Vitro Biology (previously named the Tissue Culture Association) since 1986. Dr. Sato received his doctorate in Genetics from Oxford University where he studied the expression of a family of developmentally-regulated Drosophila genes under Dr. David B. Roberts. He did postdoctoral research with Drs. Gordon H. Sato at UC San Diego and Keiichi Itakura at the Beckman Research Institute of the City of Hope. Dr. Sato was a Research Scientist and a Senior Scientist at the W. Alton Jones Cell Science Center, and prior to joining the MDI Biological Laboratory he was the Deputy Director of the National Stem Cell Resource at the American Type Culture Collection. Dr. Sato’s research interests have included serum-free cell culture medium development, the development of therapeutic monoclonal antibodies, growth factor-receptor interactions in malignant disease, receptor-activated intracellular signaling pathways, and the use of comparative genomics to study gene function. Dr. Sato has been a member of the SIVB publications committee since 2002, and he has been an Associate Editor of In Vitro Cellular and Developmental Biology Animal since 2003.

Dr. McKeehan’s focus for the journal was on guiding it to survive the initial chaos of the electronic revolution in the scientific publishing industry. The journal now has an online publication, online manuscript submission, reviewing and editorial tracking system; the ASAP (as soon as publishable) system upon acceptance of single manuscripts; and a listing soon after in both PubMed and other indices. He leaves this not-for-profit society’s journal to its new issues of the open access movement and the challenge of the for profit publishers who challenge the niche of our journal with image and celebrity status rather than fundamental long-term values.

Dr. Sato will be continuing the legacy that had begun with Dr. McKeehan in guiding the In Vitro Cellular and Developmental Biology – Animal journal further into the electronic age of scientific publication.