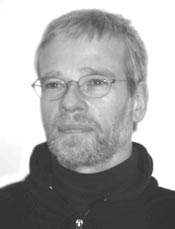 Five different immortalized transgenic hepatocyte cell lines derived from mice were investigated with respect to their potential to maintain the physiological properties of primary hepatocytes using chemically defined medium. This work completes a previous study using gene expression analysis (Klocke et al. 2002) of the same cell lines by the respective physiological analysis for investigating the hepatocyte-like function. Three transgenic cell lines harboring a fusion gene derivative (construct 202) consisting of the complete SV40 early region, including the coding sequences for the transforming large and small tumor antigens, placed under the control of the murine metallothioneine 1-promotor/enhancer element, showed a hepatocyte-like function and physiology. They grew as a monolayer with a polygonal cell shape, consumed lactate, and secreted albumin at a cell-specific rate of 1.5 pg h-1, which is in the range of primary hepatocytes. In addition, the potential of detoxifying ammonium could be maintained. Ammonium was metabolized and urea was produced and released into the medium. A complete urea cycle could be determined. A cell line established from neonatal transgenic mice and expressing a secretory variant of the human epidermal growth factor (IgEGF) under the control of the albumin promoter was characterized by an incomplete urea cycle. Another cell line isolated from the liver of homozygote neonatal p53-knockout mice showed no hepatocyte-specific functions but only properties of continuous cell lines. Specific nucleoside triphosphate (NTP) and uridine (U) ratios were used to characterize the differentiation status of the particular cell lines. A low NTP / U value was found for the three cell lines containing construct 202, which was identical to that observed for primary hepatocytes. In contrast, the cell line harvested from the liver of homozygote neonatal p53-knockout mice presented a NTP / U ratio characteristic for continuous cell lines. This work demonstrates that the four transgenic and the p53-knockout hepatocyte-derived cell lines can be used as models for investigating the conservation of tissue specific functions in immortalized cells. Christoph Priesner, Friedemann Hesse, Dirk Windgassen, Rainer Klocke, Dieter Paul, and Roland Wagner, Liver-Specific Physiology of Immortal, Functionally Differentiated Hepatocytes and of Deficient Hepatocyte-Like Variants, In Vitro Cellular and Developmental Biology – Animal, 40: 318 – 330, 2004.