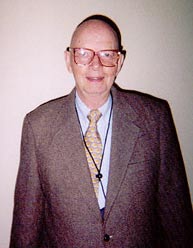 The Lifetime Achievement Award was presented to three scientists at the 2004 SIVB World Congress in San Francisco, California. The Awardees were Dr. Thomas Grace,Prof. Sangyin Gao, Dr. Walter Nelson-Rees, and Dr. Trevor Thorpe. Over the next issues of In Vitro Report, each of the winners will be highlighted with an article written by those who prepared the nomination.

Walter Nelson-Rees holds a most distinguished place in the history of tissue culture for his role in exposing the problem of cross-contamination of cell lines. This story began in 1952 when George Gey produced the first continuous human cell line, HeLa, derived from a cancer of the uterine cervix in an African-American woman. He distributed the HeLa line widely to other investigators for use in their research. Shortly thereafter, many scientists seemed to suddenly be able to grow human cells long-term, and began publishing descriptions of continuous human cell lines originating from both malignant and normal tissues. This was somewhat puzzling because it was not easy then, and it continues to be very difficult to establish a cell line from a human cancer. Furthermore, normal cells of human origin almost never spontaneously transform and grow in long-term culture. The explanation for this surge of success in establishing human cell lines began to emerge by the early 1960s through routine karyotyping. Many cell lines were shown to be of a different species from the donor from which they originated. For example, some monkey cell lines turned out to be human and some human cells were shown to have a mouse karyotype. 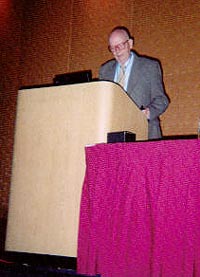 However, routine karyotyping could not distinguish among cell lines derived from individuals of the same species. In 1967 that Stanley Gartler applied the concept of biochemical polymorphism to begin to solve this problem. Some proteins have a number of different forms (isoenzymes), and these forms can differ genetically among individuals. The American Type Culture Collection (ATCC), which was set up to collect “authentic cell cultures,” along with several other sources, supplied Stan Gartler with 18 supposedly unique human cell lines, and he found that all these cell lines had the less common A form of the isoenzyme, glucose-6-phosphate dehydrogenase (G6PD), the form found in HeLa cells, and a form common in people of African descent and rare in people of European descent (1).

But it was not until 1975, that the full extent of the problem was revealed. While many scientists were not able or did not want to see the importance of Gartler’s work, Walter Nelson-Rees not only recognized its significance, but also confirmed and extended Gartler’s findings. At that time, Nelson-Rees was co-director of the Cell Culture Laboratory at the Naval Biosciences Laboratory, Oakland, CA. This laboratory was under the auspices of the University of California at Berkeley and was funded by NIH. The facility collected and distributed cell lines worldwide and under Walter’s direction maintained the most rigorous standards of quality control achievable at that time.

Applying a new karyotyping method, Giemsa banding, Walter found that the HeLa cell line had several unique marker chromosomes not found in the normal complement of human chromosomes. He identified these chromosomes in over 40 cell lines. In each of these lines only the A form of G6PD was present, even though the majority of the donors of origin were Caucasian and would be expected to have the B, not the A, isoenzyme of G6PD. Nelson-Rees’s work was published in a series of 11 papers, 5 of which were in the premier journal Science (2-12).

Acting on his peer-reviewed, scientific results, Dr. Nelson-Rees rightfully took advantage of every opportunity to make scientists aware of the problem of intra-species cross contamination of cell lines. His efforts were often met with great skepticism and resistance, especially among some scientists whose cell lines were shown to have the chromosome markers typical of HeLa cells. It was understandably difficult for them to accept the invalidation of years of research and the loss of thousands of research dollars. Some scientists, however, when notified that the cell line they had developed was really HeLa, accepted the news with dignity, and responsibly relayed the news to scientists to whom they had distributed the cells. This chain of events was important in preventing further inappropriate use of these cell lines.

The methods of DNA fingerprinting developed in the 1980s, and DNA profiling such as STR, developed in the1990s, have provided unequivocal confirmation of Walter’s work and extended further the sensitivity of methods available to detect cell contaminations (13). STR (short tandem repeat) profiling provides an international reference standard for human cell lines (13). Because it tests several genetic loci that are commonly polymorphic, the chances of any two lines having exactly the same “fingerprint” by chance are minute and this method is extremely robust for detecting cell line contamination.

Unfortunately Walter Nelson-Rees retired at the height of his renown in 1980 after publishing nearly 70 full-length, peer-reviewed article. Perhaps due to the absence of his vigilante efforts or to lack of awareness of a new generation of tissue culturists, quality control in general, has slipped, and today it is estimated that about 20% of all cell lines have a false identity (14). There is widespread intraspecies cross-contamination of cell lines, due mostly to contamination among human cell lines (14). While the offending contaminant is still most commonly HeLa cells, e.g. the contaminant lines KB, HEp-2, WISH, Girardi heart, Chang liver, and Intestine 407, some other transformed human cell lines have now also been identified as playing this role. In many instances, the cell line being used may not matter if one is studying biochemical pathways and the cell serves only as a “bag” to hold the molecules. But where conclusions about tissue specific activities are being drawn, e.g. receptors for viruses, products of differentiation, the conclusions could be completely invalid if the incorrect tissue type were used. Such is the case for a large number of published projects where HeLa contaminated cell lines were employed.

The legacy of Walter Nelson-Rees to tissue culture is as relevant and important today as when he retired. If all tissue culture laboratories met his standards of quality control, the problem of cross-contamination would rapidly disappear. The work of Walter Nelson-Rees exposed an enormous quantity of flawed research, and helped to prevent these cell lines from being used inappropriately by other scientists. The hypotheses underlying his vision and his cell culture practice have been unquestionably proven by modern molecular methods, and it is timely that his contributions should be recognized by the SIVB.