Dr. Henry Daniell, Pegasus Professor and Trustee Chair, Department of Molecular Biology and Microbiology, University of Central Florida, was elected a member of the Italian National Academy of Sciences at its 222nd annual inauguration in Rome in April 2004. Dr. Daniell’s election is the 15th for an American national in the history of this academy. Past members include Benjamin Franklin and Albert Einstein. Daniell was elected based on his pioneering innovations involving chloroplast genetic engineering that have resulted in many advances, patents, and commercial applications.

Dr. Sylvia Mitchell, Professor M.H. Amad, and the Medicinal Plant Research Group at the Biotechnology Centre, University of the West Indies recently received funding for ‘Establishment of medicinal plant gene banks’ to collect the medicinal plants of Jamaica into ex situ and in vitro germplasm collections. The project runs from July 2004 – July 2006 and the total grant is for just under J$5,000,000 (US $83,300). The funds were provided by the Environmental Foundation of Jamaica who provides grants annually for environmental and child-related projects. The project will coordinate work by University of the West Indies, Mona Campus, with Hope Gardens, the National Environment and Planning Agency, and the Institute of Jamaica. They will collect and propagate about 348 native medicinal plants in gardens and gene banks.

Michael Horn and 13 colleagues have left ProdiGene which has closed all research activities at its College Station TX facility. During Mike’s 6+ years at ProdiGene his research groups produced more than 140 constructs, over 4000 transgenic events, and 100, 000+ transgenic maize plants sent to the greenhouse. He received two NIH grants, managed four successful external collaborations, had seven patent applications, and a large number of publications. With colleagues he helped launch two products, the first two molecular farming products ever produced. Mike can be reached at his home e-mail at VonBekX@aol.com, cell phone # 979-224-0105. He welcomes all job leads!

Dave Barrett of Horizon2 in Whakatane, NZ and wife Patricia are getting less sleep at night since daughter Alexi arrived in September to join son Beau. It hasn’t slowed down Dave’s fishing though and we can still expect to see as many photos of fish as of children. We never see pictures of great plants though, why is that Dave?

Hailu Aynalem will receive a MS in Horticulture from Oregon State University in December. His research was completed in the laboratory of Barbara Reed at the National Clonal Germplasm Repository, Corvallis. His study, “Development of Nondestructive Image Evaluation Techniques for In Vitro Storage of Plant germplasm” compared digital photograph and computer analysis with visual (human eye) evaluation of in vitro stored plantlets.

Fund for the Future Contributors 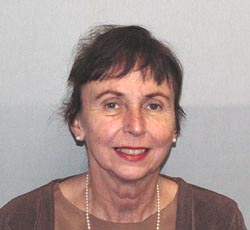 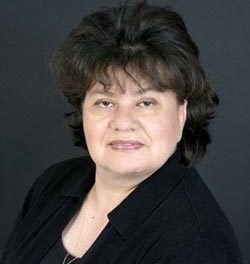