The SIVB poster presentation competition was held during the 2016 annual meeting in San Diego, California.  Student poster presenters had the opportunity to be reviewed and scored by judges as they presented their work.  Around 20 judges, with diverse backgrounds, worked together to identify the top three presentations based on a range of scoring criteria. The winners of the competition were:  Mr. Amritpal Singh from University of Guelph – Ontario, Canada won first prize,   Mr. A. Vinoth from Loyolla College – Baltimore, MD won 2nd prize and Moghrabi Kamal from University of the Fraser Valley – British Columbia, Canada won 3rd prize. Awards were presented at the SIVB Business Meeting. 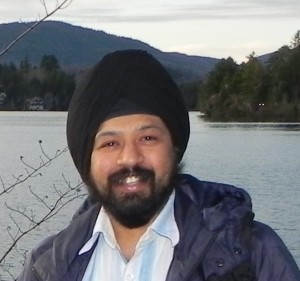 Sugar maple (Acer saccharum Marsh.) is an important hardwood of North America and is the basis for the $350 million maple syrup industry in Canada. The energy to concentrate sap accounts for about 40% of syrup production costs and has a significant carbon footprint (Huyler & Garret, 1979). Developing elite germplasm with higher sap sugar content (SSC) to reduce this cost/impact has been the focus of much research, and while SSC is under genetic control, selection and propagation of “sweet” trees has not been feasible due to difficulties in vegetative propagation.  Attempts of clonal propagation through tissue culture have been largely unsuccessful and the basis for this longstanding problem has remained unknown (Hanus and Rohr,1984, Connolly et al.,1998, Brassard et al., 2003 and Sutano and Stasolla, 2010). In the present study, we report that the critical factor limiting sugar maple’s response to in vitro propagation is light intensity. We used custom made growth chambers equipped with adjustable intensity LED lights of two spectra to demonstrate low light is required for in vitro multiplication. The effect of light quality on the electron transport chain in the in vitro leaves and various other stress parameters based on chlorophyll fluorescence imaging are discussed. Development of an efficient propagation system will help improve yields and reduce the carbon footprint of maple syrup production.  Further, while this study is limited to maples, requirement of specific light intensity is likely the cause of recalcitrance in other woody species with similar ecological roles. 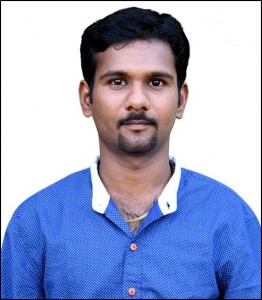 Direct gene transfer by microinjection of shoot apical meristems (SAM) was established for the production of transgenic watermelon (Citrullus lanatus cv. Arka Manik). Successful transformation was achieved by the use of different Agrobacterium strains, pre-culture period and acetosyringone (AS). SAM explants from  6-d-old in vitro germinated seedlings were transformed with Agrobacterium strains EHA 105 and LBA 4404 harboring the binary vector pCAMBIA 1301 containing hygromycin phosphotransferase gene (hpt) as the selectable marker and β-D-glucuronidase (GUS) as the reporter gene. The highest frequency of transformants (90.5%) was obtained by pre-culturing the explants for 1 day in shoot regeneration medium (SRM) containing MS salts and vitamins supplemented with 8.88 μM BAP+2.85 μM IAA+9.0 μM AgNO3 and co-cultivating with EHA 105 strain for 2 days  in SRM containing 100 μM AS. Thirty eight putative transgenic shoots developed within 6 weeks of culture. Stable integration of the transgene was confirmed by PCR and histochemical GUS staining assay. GUS expression frequency of 79.2% was recorded from the leaves of transformed shoots. Developed protocol in the present investigation is simple and efficient for rapid, high-frequency production of transgenic watermelon plants. This improvement in the transformation frequency accelerates the incorporation of novel traits into commercially important watermelon cultivars.

Evaluation of Sub-lethal Effects by Neonicotinoids in Fish Cell Lines

Novel pesticides have gained regulatory acceptance as they are touted to be specific to target pests through known modes of action. However, non-lethal and non-specific effects could occur in non-target animals through as yet undescribed mechanisms.  Neonicotinoids (NNs) have become the most widely used insecticides in agricultural practices worldwide, and although, advertised as safe for non-target animals and specific against insect pests, chronic and sub-lethal effects are beginning to become apparent in mammals, birds and aquatic animals. Unlike previous generations of pesticides, NNs are taken up within plant tissues and are long lived not only systemically within treated plants or animals, but also can persist in soil and water bodies for several years. This persistence in the environment and its ability to permeate within the tissues of plants and animals, exposes vertebrates to cumulated doses that could have detrimental effects. Since significant amounts end up in water bodies, effects in freshwater and/or estuarine fish are specifically worrisome.  Evaluating various fish species at the whole organismal level is costly and prohibitive thus representative fish cell cultures could provide initial insights into the mode of action of NNs. Cell cultures are excellent investigative tools to study biological functions in isolation without compounding effects of physiological processes within whole organisms. Cell lines from various fish species: trout, eel, walleye, killifish, fathead minnow, were evaluated for effects on cell migration, cell proliferation and wound closure using ‘scratch assays’ that are easy to perform and score. For all cell lines, inhibition of cell migration with increasing NN doses were observed.