The following student awards were presented at the 2014 World Forum on Biology in Savannah, Georgia. Information on additional awardees at the 2014 World Forum were presented in the last issue of the In Vitro Report. Information related to the available specific student awards can be found on the SIVB website (www.sivb.org) or by contacting the SIVB Business Office at (910) 755-5431, sivb@sivb.org, or Dr. Pamela Weathers, Chair, Student Affairs and Awards Committee, at weathers@wpi.edu. 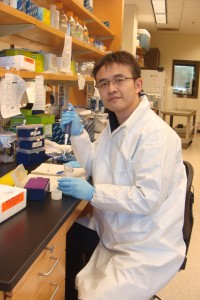 Heat shock proteins (HSPs) are universal stress proteins that accumulate in response to heat and other abiotic stressors. Small heat shock proteins (sHSPs) are the most ubiquitous HSP subgroup with molecular weights ranging from 12 to 42 kDa. We have cloned a new sHSP gene, AsHSP17 from creeping bentgrass (Agrostis stolonifera) and studied the role it plays in plant response to environmental stress. AsHSP17 encodes a protein of 17 kDa. Its expression was strongly induced in both leaf and root tissues by heat treatment. AsHSP17 was also induced slightly in root by salt and abscisic acid (ABA) treatment, but not by water withholding. No expression was found in leaf tissue under salt, drought and ABA treatment. These results indicate that AsHSP17 accumulates in response to heat, salt and ABA but not in response to drought. Transgenic Arabidopsis plants overexpressing AsHSP17 exhibited higher sensitivity to heat stress than wild-type controls. Overexpression of AsHSP17 also led to decreased seed germination in transgenic plants under salt and ABA treatment. The results obtained so far suggest that AsHSP17 may be a negative regulator involved in plant response to adverse environmental stresses. This information would allow development of molecular strategies manipulating sHSP expression in transgenic plants, achieving improved plant resistance to various abiotic stresses in crop species. 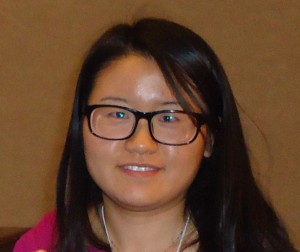 Introns, especially the first intron in the 5’UTR, can increase gene expression by intron-mediated enhancement (IME). However, little is known about intron-enhancement mechanisms since only a few plant introns have been intensively studied. To further gain insight into IME in plants, we studied the interaction of intron components with the regulatory element sequences from promoters of a group of highly-expressed soybean genes called “GmScream”. To gauge promoter strength and specificity, synthetic promoters consisting of an element tetramer and a core promoter were constructed and used to regulate a gfp gene. Gene expression was analyzed using both transient expression in lima bean cotyledons and stable expression in soybean hairy roots. Element tetramers, placed upstream of a GmScream core promoter (GmSM8 core), showed very high activity, only if the native leading intron was included, indicating that interesting interactions may exist among intron-containing sequences, promoter elements and the core promoter. Partial deletions of the leading intron were performed to see if the intron contained regulatory elements that interacted with the synthetic promoter containing an element tetramer. A 222 bp intronic sequence significantly contributed to very highGFP expression. Additional intron variants were generated to further understand the interaction between the intronic sequences and specific promoter element sequences. Intron variants with a monomeric or trimeric repeat of this 222 bp intronic sequence, gave almost two-fold higher expression compared to the original intron, which further demonstrated that the 222 bp intronic sequence was essential for the intron-element interaction enhancement. The 222 bp intronic sequences may contain splicing enhancers that interacted with the promoter elements to increase gene expression during gene transcription and the intron splicing process. 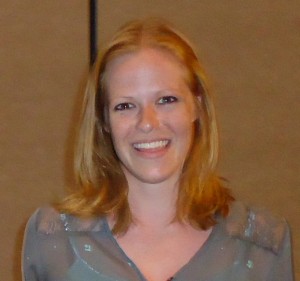 Puccinia triticina, the casual agent of wheat leaf rust, is a devastating disease that can cause up to 20% yield loss. During fungal infection the host plant recognizes proteins, secreted effectors, and other molecules, which trigger a host defense response. Changes in the pathogen effectors and strong varietal selection pressure are responsible for the rapid development of new rust races. Six races of leaf rust were evaluated on a single variety of wheat in a time course study to determine if different rust races utilize different pathways in wheat. RNA was sequenced and sixty-three wheat genes were identified that showed varying expression in response to different races. Of the sixty-three, fifty wheat genes have been characterized for timing of expression and whether expression is necessary for rust infection. Race specific expression was found. RNAi is now being used to silence select wheat genes to further understand their role in leaf rust infection. 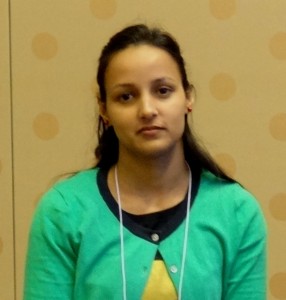 Methylglyoxal (MG) is a cytotoxic compound which increases upon exposure of plants to various abiotic stresses. At higher concentrations MG is harmful to the system as it reacts with the major macromolecules like RNA, DNA and proteins leading to the cell death. MG is mainly catabolized by two major enzymatic pathways. The first is the ubiquitous pathway, the glyoxalase pathway. An alternate pathway involves aldose reductase that converts MG into acetol in a NADPH dependent two step reaction. It is this pathway that we have exploited in our study. The enzyme aldose reductase plays an important role in the osmo-protection mechanism and detoxification of reactive aldehyde compounds.A detailed functional validation of Xerophyta viscosa (a “resurrection plant”) aldose reductase (ALDRXV4) was first carried out in model plant tobacco and subsequently used for the transformation of a highly recalcitrant pulse crop, Vigna mungo (black gram).Compared with wild type plants, transgenic showed improved photosynthetic efficiency, less electrolyte leakage and higher relative water content under drought and salinity stress. The  increased  synthesis  of  aldose  reductase  in  the  transgenic  plants correlated  with  an elevated  level  of  sorbitol  and  reduced  MG accumulation  under  stress  conditions,  consistent with  its  suggested  role  in  osmoprotection and detoxification. The transgenic lines showed normal growth, morphology and seed production as compared to the WT plants without any yield penalty under stress conditions. The overall results demonstrate the profound effect of ALDRXV4 in bestowing multiple abiotic stress tolerance at cellular and whole plant level via ROS detoxification. To the best of our knowledge this is the only report of engineering multiple abiotic stress tolerance in blackgram. These finding suggests the potential application of aldose reductase in abiotic stress tolerance for engineering agriculturally important crop plants. 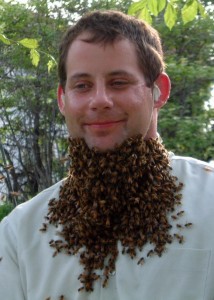 The relationship that humans have with honey bees is multi-facetted.  For example, growers and beekeepers realize economic gains through pollination services that honey bees provide to over 100 commercial crops.  Honey bees are the subject of broad studies in development, aging, and the evolution of complex traits such as social behavior.  Moreover, beekeeping for leisure has increased in popularity, especially in urban settings where minimal space is needed to set one or two hives.  Unfortunately, the future of our longstanding relationship with honey bees is uncertain.  Annual levels of colony death are well-above normal attrition, and there remains to be identified a definitive cause(s) to explain these atypical losses.  Hindering investigation into widespread colony death is the lack of in vitro systems derived from honey bee cells to provide a controlled, homogenous environment for the input of factors suspected to have a negative impact on bee health.  Here, we report the establishment of the first continuous honey bee cell line, which we have named AME-711.  AME-711 was isolated from embryonic tissues, and is characterized as adherent, fibroblast-type cells according to morphology.  Cells from the line are mainly diploid (2n = 32) by karyology, and sequence analysis of the mitochondrial-encoded cytochrome c oxidase subunit I gene confirms that it is of Apis mellifera origin.  The population doubling time is approximately 4 days and the line is passaged every 10-14 days.  The AME-711 line has remained in continuous culture for at least 2.5 years and survives cryopreservation in liquid nitrogen.  As a demonstration of the utility of the line, we also show that AME-711 cells are susceptible to infection with the emerging fungal pathogen, Nosema ceranae, a contributing factor to honey bee decline.  The AME-711 honey bee cell line will serve as a powerful tool for future studies in transgenesis, host-pathogen interactions, toxicology, and nutrition. 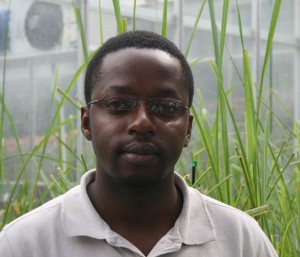 Eldana saccharina is a destructive pest ofthe sugarcane crop in South Africa. Fusarium sacchari PNG40 (a fungal strain harmful to E. saccharina) has the potential to bean endophytic biological control agent of this stalk borer. However, the funguscauses Fusarium stalk rot in sugarcane, thus limiting its usefulness. Sugarcane plants tolerant to F. sacchari PNG40 were obtained byexposing embryogenic calli (cultivar N41) to the chemical mutagen ethylmethanesulfonate (EMS), followed by in vitro selection during somatic embryogenesis and plantlet regeneration on media containing F. sacchari culture filtrates (CF). The incorporation of 100 ppm CF in the culture media at the embryo maturation stage, at germination, or at both, resulted in callus necrosis and consequent plantlet yield reduction. Subsequent trimming of the roots of regenerated plants and their exposure to 1500 ppm CF served as a further selection treatment. More plants produced from EMS-treated calli (10.2 %) displayed improved root re-growth in the presence of CF pressure than those from non-treated calli (6 %). Greenhouse tests performed by inoculating putative-tolerant plants with F. sacchari PNG40, re-isolation of Fusarium spp. from asymptomatic plants and establishment of the identity of fungal isolates as PNG40 using molecular analysis, confirmed the tolerance of the plants. Random Amplified Polymorphic DNA (RAPD) analysis of the plants revealed genetic differences between some mutants and the parent cultivar. Currently, insect bioassay trials to test the effect of PNG40 on E. saccharina using the tolerant genotypes which permit endophytic colonisation by the fungus are ongoing and results on stalk damage, survival and weights of artificially inoculated larvae will be presented. The in vitro mutagenesis and selection approach employed in the present study has potential application in generating tolerance to other diseases of sugarcane. 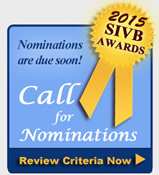